Nikola CEO Trevor Milton announced Tuesday he anticipates the $200 million C round will be oversubscribed with more than $100 million already raised and funded this month.

“Nikola’s business model has been vetted, and the investment world is taking notice,” says Milton. “So far this year we have kicked-off plans to build the largest hydrogen network in the world with NEL, secured a massive 800-truck order commitment from Anheuser-Busch, developed the most energy dense battery system on the market with almost 400 watt hours per liter, engineered a 240 kW fuel cell, kicked-off electric vehicle stability controls and electric ABS with WABCO, designed a thermo-management and HVAC system with Mahle, finalized the most advanced class-8 independent suspension on the market with Meritor, relocated our company to Arizona to build our new 150,000 sq. ft. headquarters and now closed on $100,000,000.”

Milton also adds the company will soon announce a 2019 event in Phoenix, where customers, suppliers, media and industry insiders will be able to see all the latest Nikola products in action.

By 2028, Nikola states it is planning on having more than 700 hydrogen stations across the U.S. and Canada. The first 14 stations will be up and running by 2021. 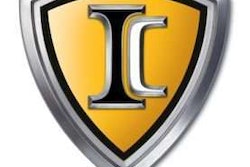 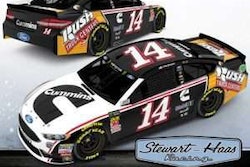 Cummins heading back to race track 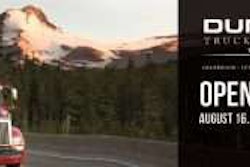 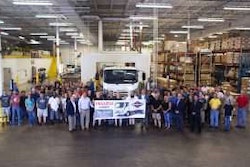