When you make the customer wrong

My wife and I are in the market for a second car. We’ve managed to survive on just one for several years — living in a city like Chicago, that’s surprisingly doable — but we’re likely moving soon and the incidents each month in which we’ve both needed the car have risen to a point where it makes more sense to buy a second car than try to rent one for a couple days at a time.

So we’ve been used car shopping, is what I’m getting at. It has not been going well.

Actually, no, that’s not entirely true. The shopping has been surprisingly pain free. Like all of you, car dealers have done a spectacular job making their inventory available online. I think I’ve looked at every sedan and mid-size SUV within 100 miles of my house without moving three feet. It’s crazy.

The problem has been when I get up out this chair.

We’ve had two wonderful on-site experiences with sales associates. They were informed, alert and attentive. They didn’t make us feel pressured but they made it clear they were willing to negotiate to help us leave with a car that day. In both instances, we exited our test drive and walked into the dealership thinking we were about to buy a car.

And in both cases a sales manager promptly ruined it.

Before I go any farther, I need to make it clear — both of the following instances occurred at an OEM dealer lot. We weren’t at Joe’s Used Cars and Payday Loans, or one of those places the general public thinks of when they hear those cringe-inducing words “used car salesman.”

These were NADA dealers. Pros who sell hundreds of used cars a month.

The first time we were looking at a sedan. It had all the features we liked and after taking turns behind the wheel we both felt it would be perfect for us. There was only one little problem, the specific model we drove had more scratches and dings than just about every other car on the lot. So, I told the salesman, “We like this make and model but I’m not keen on buying this particular car due to some of the exterior damage. Do you have this car in this color at any of your other locations? Would you be willing to help us locate one so we can buy it?”

He seemed up to the task. But he had to ask his manager.

Things turned south almost immediately. I don’t know if his manager was having a day or if he’s under such an outrageous sales quota requirement that he’s forgotten how to speak to customers, but his initial reaction was to audibly sigh and loudly complain, “This is a used car lot. The cars have scratches and dings. These people must not know where they are.”

Now I don’t know. Maybe you agree with him. He’s not technically wrong. But I’ll tell you, doing this within ear shot of his potential customer — we were maybe 10 ft. away — was not a good call. He came over and started in on us. We needed to buy that one car that day. He didn’t know how long it would take them to get another one. (They had six others on the lot, just not in the color my wife wanted.) He was aggressive and perturbed.

About two weeks later we found another vehicle we liked. This one was a 2017 and from the looks of it online, seemed to be free of some of the exterior issues that plagued our first dealer trip. We went to check it out.

Sure enough, it looked great. Again, the sales associate was wonderful. He may have been more informed on the vehicle than the first guy. The test drive again went well. Again, we were thinking we’d solved our second car problem.

Then we got back to the desk. The list price they had in their system for the car was $1,200 more than the price we saw online. Not a great start.

I liked the price we saw online but also knew the vehicle had been on their lot for six weeks. And I’d checked Kelley Blue Book for a price range. I thought the price we saw was negotiable.

The confusion about the price we saw (which I showed the salesperson on my phone) and the price they had listed brought in a more senior sales associate. He hemmed and hawed for a while before acknowledging the price on my phone. But I wanted to keep talking.

“We came here with that number as our starting point, we’d like to know if we can do better?”

He kicked into his prepared pitch. The features and benefits of the car, the brand, the dealership. From there he shifted to the what if questions, and that’s where he lost us.

I told him we wanted the car but we didn’t show up expecting to pay list price. He said, “What if we could get it to X?” X being a number about $1,000 below the price that brought us in.

Suddenly things break down. He has to check with his manager, who returns and says the price we saw online is the absolute rock bottom, they can’t go any lower, not even a penny. He says they can’t lose money on the sale.

I understand that. Having this job, I understand the mechanics that go into pricing and selling used vehicles better than most. But I also know in my life I’ve never paid list price for a used vehicle and the only reason this new number was on the table was because his guy brought it up.

I suggest we split the difference. No dice. “We cannot go any lower.”

I was disappointed. I still am. We’re still hunting for that second car — though at this point I’m not too keen on heading back to another lot.

I guess I’m just mad about the approach more than anything. I’ve looked at the inventory of the first dealer online more than once since our interaction. They’ve since received more models of the car we liked in the color we liked. Had that sales manager been willing to work with us, to help us, he would have sold us a car. The second dealer, I don’t know. I didn’t expect to get a deal as good as the one their associate offered, but once he did it, I didn’t feel like going back to list.

What I’m getting at, I guess, is I hope your sales people and managers aren’t making the same mistakes in your used truck lot that I’m seeing in the car world. I hope your people know how to speak with a customer without offending them or offering deals you can’t actually make.

Maybe we’re bad customers. We might be. You might be thinking had we been more open to both dealers we would have been able to get the car we wanted. Maybe.

But I’ll tell you this: bad customers buy cars (and trucks), too. They still have the money and the needs. Don’t make it any harder on your people than it needs to be. 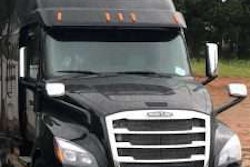 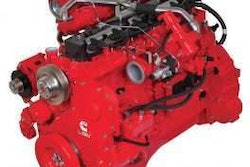 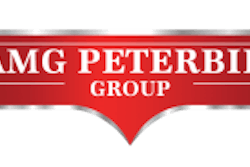 How to recruit customers from rival brands