Though it hasn’t returned to the levels of late 2014 and 2015, the used truck market is trending in the right direction heading into the fall, says Steve Tam, vice president at ACT Research.

Speaking Wednesday at ACT Research’s 59th Seminar in Columbus, Ind., Tam says used prices grew by more than 10 percent year-over-year in May and June and could maintain at that rate through 2018.

Demand is strong, and supply is constrained. Tam says now “is a good time to be a used truck dealer. And buyer.”

Diving into the data from ACT Research’s monthly “State of the Industry: U.S. Classes 3-8 Used Trucks” report, Tam says the average Class 8 used truck sold in the market through June was 82 months old, had 447,500 miles and sold for $45,200. Tam expects that last number to continue to rise. The prices seen in 2015 may be unattainable but used truck buyers need vehicles right now just like their new truck purchasing counterparts, and Tam says they are willing to pay a premium for them.

“The retail average sales price is better than $50,000,” he says. “Dealers today are lamenting a lack of inventory [to sell].”

The used truck market sold more than 140,000 units through June and is trending to crack the 280,000-unit level by year end. Forecasting beyond this year, Tam says the used market will likely slip a bit in 2019 once today’s demand is met — he says ACT is expecting about 250,000 used truck sales next year with a pricing dip of 10 percent — but another rebound could occur in 2020 when the new truck market finally subsides.

“The used truck market stands to gain,” in 2020 because of the number of low mileage, high-performing used vehicles it will have on hand to satiate industry demand, Tam says. 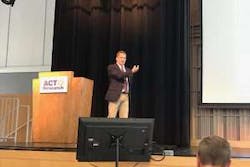 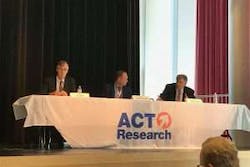 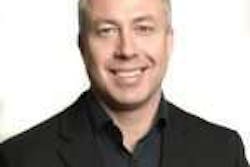 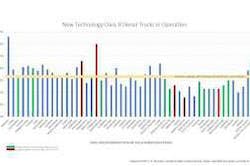