The Class 8 used truck market saw a downtick in auction volumes but a slight rise in the retail channel last month, which helped the market to slight pricing uptick overall in July, J.D. Power reported this week with its Commercial Truck Guidelines market update report.

In the Class 8 auction space, J.D. Power states volume returned to lower levels after a slight uptick in June. Month-over-month, the volume of the three most popular sleeper tractors sold through the two largest nationwide auction companies dropped from 298 to 100, the lowest level since January.

Year-over-year, the company states trucks four to six years old sold for 22 percent more during the first seven months of 2018. “We still expect activity to increase in the second half of the year, although the timeframe will be later than predicted, mainly due to production constraints.”

When looking at the three- to five-year-old truck cohort, J.D. Power states average prices last month were as follows:

Sales per retail rooftop also ticked upward with the market’s growing supply, averaging 4.9 sales across the market. J.D. Power states that result “is still lower than the 5.0 to 5.5 average we had predicted for this point in the year.

“With late-model trucks continuing to bring strong money and dealers actively soliciting inventory to sell, the retail channel has some momentum.”

But looking longer term, J.D. Power states new truck order records will eventually negatively impact used vehicle supply, which, when coupled with the moderation to economic growth, is expected to at some point push the used market downward.

Looking ahead, the company writes: “Despite production constraints, fleets have been taking delivery of a higher number of new trucks. As we get in to the second quarter of 2018, their needs will be closer to being met. Roughly at that time, the acceleration in economic conditions should be moderating to some extent, creating more typical supply/demand conditions.” 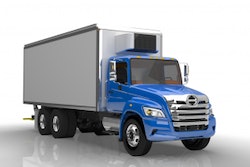 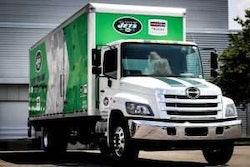 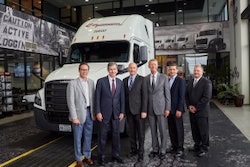