According to the company, the Vector 8611MT unit incorporates two evaporators and fans for two-zone cooling without requiring a separate remote evaporator.

“The Vector 8611MT unit harnesses the innovative Vector platform to create a highly efficient, high-performance unit for center-divide trailers where the perishable and frozen compartments are side by side,” says Patrick McDonald, product manager, trailer products at Carrier Transicold. “The all-electric architecture of the Vector series enables the unit to independently manage the two zones more simply and efficiently than mechanically interconnected competitive units.”

“The Vector 8611MT unit will especially appeal to food service and grocery distribution operations for the flexibility it offers in creating center-divide configurations,” McDonald adds. “Uniquely, our split evaporator design creates a 15-inch-wide area for center-wall placement, providing a more efficient accommodation of pallets that allows up to 17 percent more cargo than competitive systems requiring trailers to be divided precisely down the middle.”

As with other units in Carrier Transicold’s Vector platform, the new unit features E-Drive all-electric technology, in which the diesel engine runs a 21 kVA electric generator that powers the refrigeration system. Carrier Transicold says Vector units have built-in electric standby capability, so when parked for loading, unloading or staging, they can be operated via an electric power source, providing full refrigeration capacity while eliminating refrigeration unit engine noise, emissions and fuel consumption.

Additionally, the Vector 8611MT unit architecture eliminates most refrigerant valves and significantly reduces the number of braze joints and potential refrigerant leak points compared to mechanically interconnected competitive models. Uniquely, the Vector 8611MT unit has independent air control, enabling it to optimize airflow and pulldown to both zones. If heating is required, it has the advantage of consistent electric heat, rather than hot gas heat. This reduces system complexity and enables the unit to shut down the compressor and other refrigeration components when heating is required, greatly reducing the power load on the engine, resulting in further fuel savings, the company says. 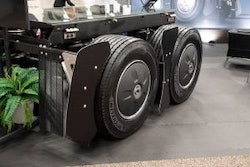 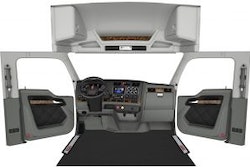 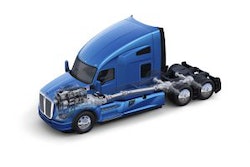 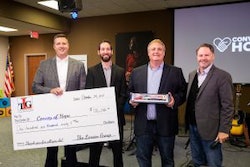