Despite plummeting truck orders and an expected sharp dip in spot market rates, freight demand should remain healthy in 2019, according to analysts from FTR.

Though a recent plunge in Class 8 truck orders has caused concern among some about a potential trucking downturn, the drop is simply a return to normal monthly order activity, says Avery Vise, vice president of trucking for FTR. The dips come after highly accelerated order activity for most of 2018, which posted two of the strongest quarters on record for truck orders.

So the sharp fall in January 2019 is “not a negative,” says Vise, but rather “what we we’re used to seeing.” Due to last year’s historic order numbers, build slots at truck makers are mostly full through 2019, which discourages truck orders, said Vise, due to the long lead times.

Vise, who spoke Thursday in FTR’s monthly State of Freight webinar series, said the firm forecasts per-mile spot rates to be “down sharply” in on a year-over-year comparison throughout 2019. Vise forecasts spot rates to trend about 7 percent lower this year compared to last. Contract rates, however, will see “low single-digit growth,” he says.

The economic boom seen in late 2017 and well into 2018 has stalled and truck capacity has expanded — market conditions that put downward pressure on rates. However, they project freight to remain stable in 2019, despite slowing economic growth.

Spot market rates began to plateau in late 2018 and, in recent months, have started to tumble on a month-over-month basis as the economy stabilized from a record-hot 18-month run that began in the third quarter of 2017.

During the recent economic rally, trucking capacity utilization held at 100 percent, Vise says, causing rates to spike to record highs, particularly on the spot market, which handles overflow freight that the contract market can’t handle. Capacity will soften this year, Vise says, as fleets have added capacity, as the economy has slowed and as shippers and carriers have become more efficient, particularly around handling any productivity restrictions brought by the electronic logging device mandate. 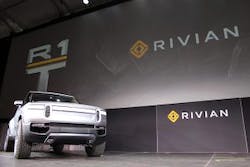 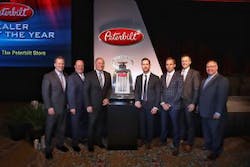 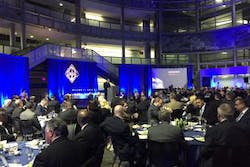 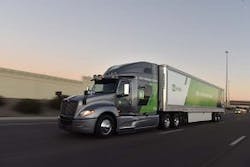