Nikola Motor Company on Tuesday gave its biggest update on the hydrogen-electric tractor that had been tucked away since its original unveiling in December 2016.

Nikola’s zero-emission tractor shared the spotlight at Nikola World — a two-day event equal parts product reveal and rock spectacle held by the company Tuesday night and Wednesday at WestWorld in Scottsdale, Ariz. — with releases from the company’s powersports and energy divisions.

The desert location for this week’s event was a housewarming of sorts for Nikola Motor Company. Arizona Gov. Doug Ducey says Maricopa County, where Nikola expects to create upwards of 2,000 jobs by relocating its headquarters from Salt Lake City and establishing a manufacturing facility, has been the fastest growing county in the U.S. the past two years.

Company CEO Trevor Milton kicked off the event by riding in on a Budweiser wagon pulled by the company’s famed Clydesdales with Anheuser-Busch Vice President of Procurement and Sustainability Ingrid De Ryck riding alongside. Anheuser-Busch, the largest beer manufacturer in the U.S., placed an order for up to 800 hydrogen-electric tractors last year.

“We recently opened our first hydrogen station at our Phoenix headquarters,” he says, noting that the facility was built and opened in about four months. “We are leading the way and working with industry and other OEMs to develop hydrogen standards to enable fueling in less than 15 minutes. The goal is safety and interoperability, so that anyone can fuel at our station. This is a big deal.”

Milton says he expects the company to build almost 100 hydrogen stations per year through 2028 to support its network of trucks, each of which will be among the largest in the world and constructed along the lanes of the company’s fleet customers.

“All of our own hydrogen production, Nikola builds … to make sure they can support the trucks that we sell,” he says.

Next up was the world-debut of the Nikola Tre European cabover tractor, followed by its North American cousin the Nikola Two. The two trucks represent important components in a Nikola Motor stable that Milton says didn’t have any trucking engineers when the company started in his basement five years ago.

“When we first started this company, one of my requirements was that none of my engineers could have worked for another trucking manufacturer before,” he says, noting those applicants often had preconceived notions about what was and was not possible.

Each of the trucks will be available with hydrogen-electric or battery-electric power, each feature upwards of 1,000 horsepower and 2,000 lb.-ft. of torque and will be built with Level 4 and Level 5 autonomous driving capable hardware. Baking in the driver assist hardware, Milton says, will allow a faster rollout when software becomes available.

“The powertrain of battery electric and hydrogen electric are no different,” Milton says. “They’re identical. The only difference is how the motors are actually propelled.”

Milton says he felt it important that the company diversify from hydrogen-electric only in order to offer the best possible green solution to potential customers in weight sensitive applications that don’t need the full 600 mile range. A fuel cell-equipped Nikola Two, Milton says, will weigh around 15,000 to 18,000 lb., depending on spec, which is comparable to diesel-fired unit.

Milton says he expects 80 percent of tractor orders to be for hydrogen units and 20 percent for battery. The company, he adds, is on track to meet its 2022 production target, but has mostly stopped taking pre-orders for the trucks with “about 13,000” already on the books.

“We have a backlog that exceeds what we can produce for several years,” Russell says, adding that partner-customers — like Anheuser-Busch — would be the first to get production units. 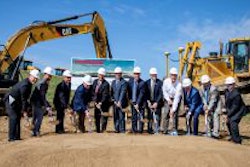 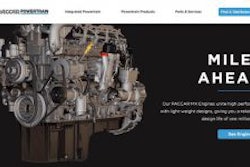 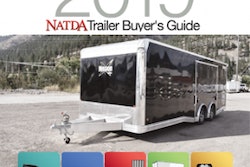 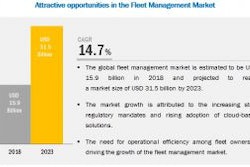