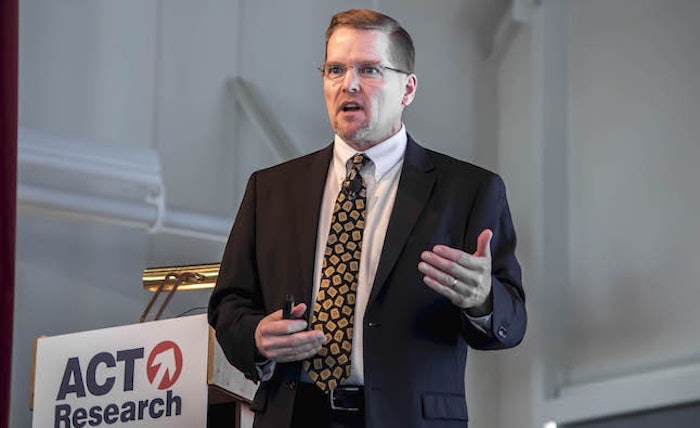 The report also indicated that longer-term comparisons yielded a 25 percent decline compared with August 2018, as well as a year-to-date drop of 18 percent, the 10th consecutive contraction for both time period comparisons.

“The used truck market is presently awash in a sea of red ink, with only a few bits of good news. Nonetheless, the industry is to be commended for the way it is handling the current market correction, perhaps because the softening market has been anticipated for nearly two years,” says ACT Vice President Steve Tam.

“Cool heads are prevailing as volumes fall and prices continue to sink, with dealers keeping calm and selling on. That said, if our forecast is correct, the capacity rebalancing should be a relatively shallow and short-in-duration exercise,” Tam says.