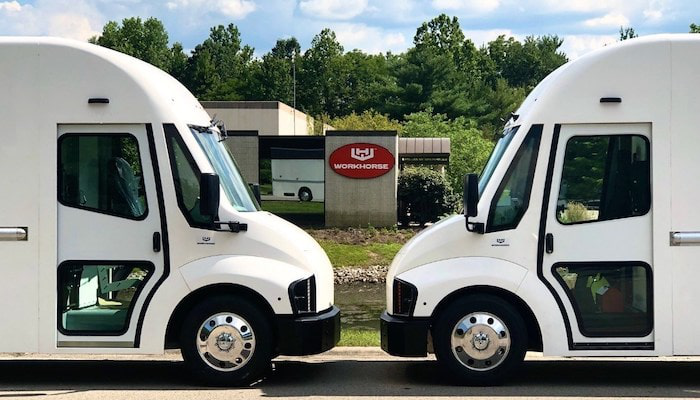 Workhorse Group announced that its 2020 C-1000 Extended Range delivery truck has received Executive Order: A-445-003-1 from the California Air Resources Board (CARB), designating this model as a zero-emission vehicle in the state of California. This award follows the company’s prior award for its standard configurations, which was previously announced in July.

Under Section 177 of the Clean Air Act, California, as well as 13 other states, have adopted vehicle standards which require additional approvals beyond EPA regulations. The Executive Order permits Workhorse to sell its C-1000 Extended Range electric delivery van in every state throughout the U.S.

“Adding our Extended Range C-Series model to the CARB-approved list provides us with yet another option for potential buyers looking to electrify their fleets in more than a dozen energy-focused states,” says Workhorse CEO Duane Hughes.

“We have submitted the application for getting this vehicle model onto HVIP, which will be a material sales driver as additional funds become available through the program. Going forward, we’re continuing to improve our vehicle capabilities, as evidenced by our recent near 160-mile range achievement and are also leveraging all available resources to further strengthen the total cost-of-ownership, making Workhorse trucks even more affordable than their ICE counterparts,” Hughes says.

An Executive Order from CARB is given to vehicle manufacturers who meet specific emissions standards in compliance with CARB regulations. It is also one of the preliminary requirements needed to be considered for the California Hybrid and Zero-Emission Truck and Bus Voucher Incentive Project (HVIP), which permits the truck to be eligible for monetary vouchers.

During the Executive Order testing process, Workhorse’s C-1000 Extended Range achieved an urban/highway blended driving range of 149 miles per charge with the urban driving average approaching 160 miles, which most closely emulates the duty cycles of last-mile delivery programs. As a result of this premium mileage achievement within its class, Workhorse will receive 2.07 Zero Emission Vehicle (ZEV) credits for this model. ZEV credits can be sold to other original equipment manufacturers (OEMs) to help meet CARB emission standards, the company says.