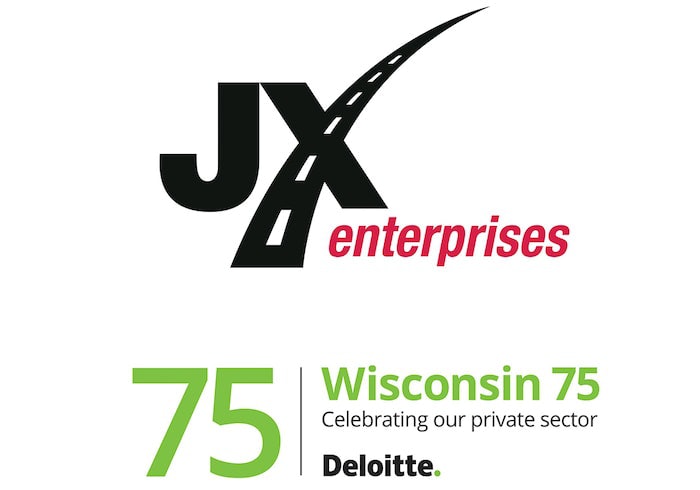 JX Enterprises followed up its expansion news from October with a corporate accolade this month.

The company announced Wednesday it was recently ranked No. 37 on on Deloitte’s Wisconsin 75, a ranking of the 75 largest private companies in Wisconsin.

“JX is proud to once again be chosen as a Deloitte Wisconsin 75 company,” says Mark Muskevitsch, the company’s CFO. “Eric Jorgensen’s focus has always been reinvestment in the company and that has led to significant growth over the years.”

JX Enterprises says it was previously ranked number 38 on the Wisconsin 75 list and has been featured on the list 15 times.

“The Wisconsin 75 list recognizes the important role private companies play in the local economy. Comprising some of the state’s most recognizable brands and exciting emerging companies, these organizations demonstrate incredible leadership and when called upon, adapt to help guide our state through various obstacles,” says Scott Wrobbel, U.S. central region leader and Wisconsin managing partner of Deloitte LLP.

Additionally, companies must have annual sales revenue of at least $50,000. The Wisconsin 75 excludes cooperatives and accounting, tax, legal, and consulting service companies.