We're getting more good news about how the economy is rebounding from the depths of the COVID-19 pandemic.

According to the third quarter economic outlook report released Wednesday by the Equipment Leasing & Finance Foundation, annual U.S. GDP growth is expected to surpass 6 percent this year, with equipment and software investment expectations expected to surge by 13.3 percent.

The Foundation's reasons for optimism and vast. The organization states many main street American businesses have emerged from the pandemic having suffered less damage than many expected. And with consumers spending again and more potential workers reentering the workforce, the Foundation says its outlook for America's economy is as bright as it has been since the pandemic began.

"The Q3 update indicates that America is now opening for business quickly," says Scott Thacker, Foundation chair and CEO, Ivory Consulting Corporation. "The evidence illustrated in the outlook points to a booming economy for the second half of the year as long as the pandemic remains in check, and despite several potential headwinds which must be monitored carefully. In the shorter term, strong growth for both the economy and the equipment finance industry are expected to be realized this summer."

ACT Research offered similarly positive statements Wednesday in is most recent North American Commercial Vehicle Outlook report, noting there is considerable steam left in the boiler that will continue to propel the greater economy and freight markets. Says President and Senior Analyst Kenny Vieth, "While there are signs of moderation, and the economy is closer to reaching the ‘end of the beginning’ of this year-old up-cycle, the ‘beginning of the end’ is not yet on the radar."

[RELATED: Volvo to restart production amid contract impasse with UAW]

Supply chain challenges are viewed as the largest headwind for economic growth by both organizations, though each notes unyielding demand in many industries (particularly equipment) appears to signify an economy that should remain stable if production levels are able to eventually increase in the fourth quarter or early 2022.

Vieth adds medium- and heavy-duty truck and trailer backlogs are "essentially filled through 2021 and into 2022, with backlog-to-build ratios well above traditional ranges. Class 8 and trailer orders remain constrained on limited calendar-year 2022 build slot access, and with demand hot and production constrained, inventories have narrowed considerably."

Rising prices across the country also will require careful attention in the months ahead. The Foundation's report indicates it believes the Federal Reserve has reached a consensus agreement that inflation pressures will prove to be transitory.

"However, given the speed and magnitude of the economic rebound, the Fed has hedged a bit and signaled that rate hikes could begin in 2023," the organization says.

On that note, Vieth adds manufacturers are rushing to stabilize their supply chains as quickly as possible to capitalize on record demand before any monetary policy changes are floated or made.

"As U.S. industry shakes off the rust and capacity comes back on line, we are reminded of the old chestnut, ‘The cure for high prices is high prices’. With prices for many commodities reaching new records in 2021, there is a great desire to bring new capacity on line to take advantage of the bonanza." 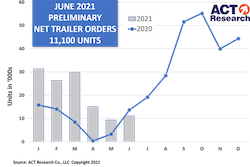 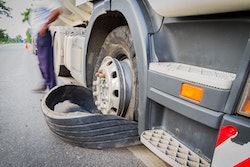 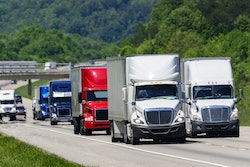