The future of emission regulation

Believe it or not, it’s only been a little more than a decade since the commercial vehicle industry was first introduced to strict air quality control and emission regulations with the Highway Rule.

The performance advancements made since that announcement in 2001 are staggering, and now even more changes are set to come.

Medium- and heavy-duty trucks are about to see another round of improvements.

In late February President Barack Obama fulfilled a State of the Union promise when he announced he would once again task the Environmental Protection Agency (EPA) and National Highway Transportation Safety Administration (NHTSA) to develop a new series of commercial vehicle emission standards.

The two sides combined for the commercial vehicle industry’s first Greenhouse Gas (GHG) emission and fuel efficiency regulations in 2011, with the result being the 2014 model year regulations adopted by OEMs last year.

During his February speech, Obama outlined a similar timeline for the new regulations. The President called for the two sides to create a first draft of the new regulations by March 2015, allowing the agencies a year to review, edit and implement the changes.

The President has described the new regulations as “win-win-win,” and believes the stricter rules will continue to drive down emissions and improve fuel economy while combating climate change.

Early response from the trucking industry has been positive.

“We stood shoulder-to-shoulder with the President and his administration in 2011 when the historic first fuel efficiency standards were set for heavy-duty vehicles,” says Bill Graves, president and CEO of the American Trucking Associations. “As we begin this new round of standards, ATA hopes the administration will set forth a path that is both based on the best science and research available and economically achievable.”

OEMs using more robust technology as a result of the regulations stands to be one aspect of the new changes, says Sandeep Kar, global automotive and transportation research director at Frost & Sullivan.

“The President’s decision to elevate fuel efficiency standards for medium and heavy-duty trucks is definitely a strategic move,” says Kar. “While it presents short- term pain for the industry, it will indeed deliver long-term gain both locally and globally.

Keeping those benefits in mind will be an important aspect toward OEMs developing the right solutions for their customers, notes EPA Program Manager and Engineer Arvon Mitcham.

Speaking last month at the Technology & Maintenance Council (TMC) annual meeting in Nashville, Mitcham says cooperation will be key to making an economically reasonable solution a reality. The industry will evolve to meet the regulations quicker if all sides work together.

Mitcham says it’s in the best interest of end users to do so.

“The commercial vehicle market is one area where EPA regulators and the industry it is regulating have similar goals,” he says. “We both want to improve fuel efficiency.”

Engine maker Cummins has already announced its plans to cooperate.

“We look forward to working with regulators, our customers and others on the next phase of standards that will lead to even greater reductions in greenhouse gases and fuel consumption,” says Rich Freeland, Cummins vice president and president – Engine Business.

According to Mitcham, the EPA and NHTSA have identified several advanced technologies that it will consider includ- ing its Phase 2 rules.

Kar says some of these technologies are already available in the industry, and offer benefits that could fall in line with potential Phase 2 regulations. He expects OEMs to look at them further as factory-installed and aftermarket options once the regulations are announced.

“This will give a unique edge to American truck and powertrain systems makers to develop once, test once, and sell advanced fuel-efficiency enhancement technologies and products all over the world,” he says.

Sales and service of these products will again prove to be the biggest aftermarket opportunity created by the regulations. Engine and emission service has grown more OEM-channel specific with the regulations introduced in 2007, 2010 and 2014.

While that technical advancement isn’t expected to stop, other products categories such as aerodynamics, weight reduction and accessory components could create aftermarket sales opportuni- ties other regulations have not.

In the end, Kar says the regulations could prove to be more than worthwhile.

“While these mandates will challenge OEMs and tier 1 suppliers, I feel that this is not an insurmountable challenge and one that will pay rich dividends to all corners of the American trucking industry,” he says. 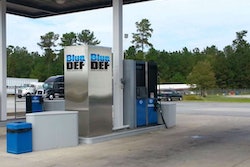 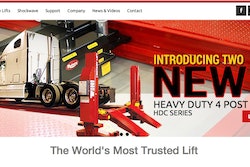 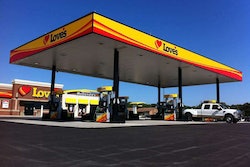