Price says the system uses radio transmissions to control all factors of a platoon.

For example, when two trucks are traveling on an open highway and want to platoon, Price says Peloton’s system will identify the location of the trucks, which truck should be routed in front and behind, and the distance that will be kept between the two units.

Then, when the trucks reach a reasonable distance from each other, the two drivers engage switches in the cab that start the program, and the trucks are pulled together to the pre-decided distance.

The drivers are still needed to steer, but once engaged, the trucks’ speed and braking are controlled by the platoon system, Price says. And while drivers can still manually override the system to brake in emergencies, Peloton says the technology is designed to use collision mitigation systems on each tractor to sense and slow the trucks when danger is close.

“When the front [truck] intends to brake, the system sees that and engages the brakes on the back [truck] as well,” Price says.

Peloton says the system will be available for new trucks and as a retrofit product (with an installation time of approximately three hours). Customers will purchase the system hardware during installation, then pay a per-mile fee for usage when implementing the platooning software on the road.

Price adds customers also will be able access driver performance and fuel efficiency data on all trucks equipped with the system.

“The data will come with the system,” he says.

And while not available yet, Peloton adds the system has more than 12,000 miles of on-highway testing complete. Price says the company hopes to release the technology in late 2015. He says customer interest is already high.

“We already have fleets ready” for the product, he says. 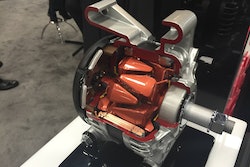 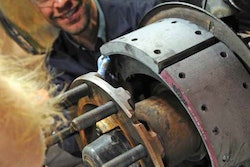 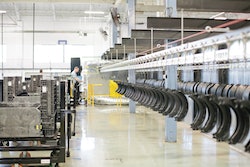 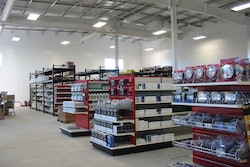