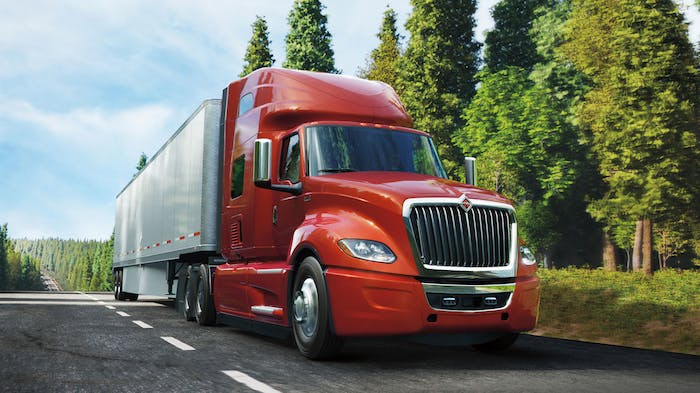 Bendix Wingman Fusion with Enhanced Feature Set is now standard safety equipment on the International Trucks LT Series and RH Series, and an option on the MV Series, HV Series and HX Series.

Additionally, International is the first North American truck manufacturer to offer Bendix’s Fusion ACB (Active Cruise with Braking) Stop & Driver Go and new Active Steering with Lane Keep Assist capabilities, both available options for the LT and RH Series, according to an announcement.

Bendix launched Wingman Fusion in 2015, integrating radar, camera and a vehicle’s brake system to create its flagship driver assistance system. Since then, Bendix has regularly expanded and improved Fusion’s capabilities through advancements such as providing full braking power on the tractor and earlier object detection, the company says.

“Navistar’s commitment to providing dependable, efficient and safe trucks for North America’s professional drivers runs deep — and everyone at Bendix shares that same drive,” says Scott Burkhart, Bendix vice president, sales and marketing. “As an early adopter and longtime supporter of Bendix advanced driver assistance systems (ADAS), Navistar continues to be an incredible and valuable partner in commercial vehicle safety, and we’re proud to see our most advanced technologies earning a place on International Trucks.”

“Safety systems play an important role in our DriverFirst philosophy, and we strive to ensure our vehicles are equipped with the best features to see drivers home safely when the job is done,” says Charles Chilton, vice president of Navistar Product Strategy and Planning. “Offering these expanded and improved Bendix systems supports that commitment and contributes to a safer transportation environment across North America.”

Using sensors that are working together and not just in parallel, Bendix Wingman Fusion with Enhanced Feature Set gathers input through radar, video and the vehicle’s braking system. By combining and cross-checking the information to create a detailed and accurate data picture, Fusion is able to deliver enhanced autonomous emergency braking (AEB) and stationary vehicle braking, along with multilane automatic emergency braking, highway departure braking and ACB Stop & Driver Go. The feature will automatically reengage cruise control after an ACB braking event if the vehicle is still above the vehicle’s cruise control set speed. Once at stop, if the driver applies enough throttle, then Fusion can re-accelerate the vehicle to the set cruise control speed so long as there is no object detected ahead.

Additionally, Wingman Fusion can provide full tractor braking when needed for an autonomous emergency braking event to help the driver mitigate a potential crash with the forward vehicle, Bendix says.

With Fusion’s multilane automatic emergency braking feature, the system will continue applying the brakes during an AEB event if the driver changes lanes and the new lane is also blocked on a highway. Its highway departure braking capability builds on the system’s existing lane departure warning technology to alert the driver and, if necessary, apply the brakes to slow the vehicle and further alert the driver if the system determines the vehicle has left the roadway unintentionally.

Steering assistance and an eye on blind spots

Lane Keep Assist with information from Wingman Fusion will, upon detection of the vehicle drifting from its lane with no turn signal, provide steering torque to help guide the vehicle back towards in-lane. At low speeds, the active steering system also dynamically adjusts torque applied so the driver will use less effort to steer the vehicle to aid in parking lot maneuvering, for example. Two distinct steering profiles are available that allow for a more customized experience for the driver.

The latest iteration of Bendix BlindSpotter Side Object Detection System is also an option on the International LT and RH Series. When connected to the vehicle’s J1939 controller area network (CAN), BlindSpotter provides a 150-degree range of coverage capable of detecting objects up to 20 feet in front of and 20 feet behind the BlindSpotter radar. The coverage zone extends up to 10 feet to the right of the vehicle. BlindSpotter minimizes false alerts by operating in two modes: highway speeds and lower speeds. When connected to the CAN and at highway speeds, the sensor filters out stationary objects like guardrails; the slow-speed warning mode – active at less than 20 mph, such as during city driving or in parking lots – narrows the range for alerts and does not filter out stationary targets or infrastructure, the company says.

Fleets equipping Bendix Wingman Fusion have reported significant reductions in rear-end collisions — as much as 90 percent — and decreased severity of those that did occur. And driver feedback has been positive, including higher satisfaction than with radar-only systems.

“It’s very important to remember that these safety systems do not in any way replace the need for skilled, alert drivers and ongoing, comprehensive training,” says TJ Thomas, Bendix director of marketing and customer solutions, controls. “They’re meant to complement safe driving practices – not encourage or enable aggressive driving. Safe operation of the vehicle ultimately remains in the hands of the driver at all times.”

Thomas noted that for a full description of all driver assistance features, limitations, and challenging scenarios, it’s best to refer to the vehicle operator’s manuals published by either Bendix (available on bendix.com) or the vehicle manufacturer. 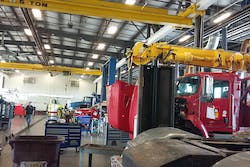 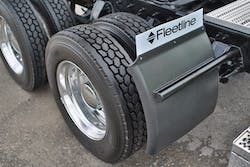 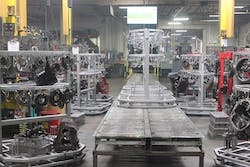 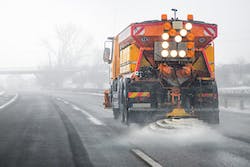