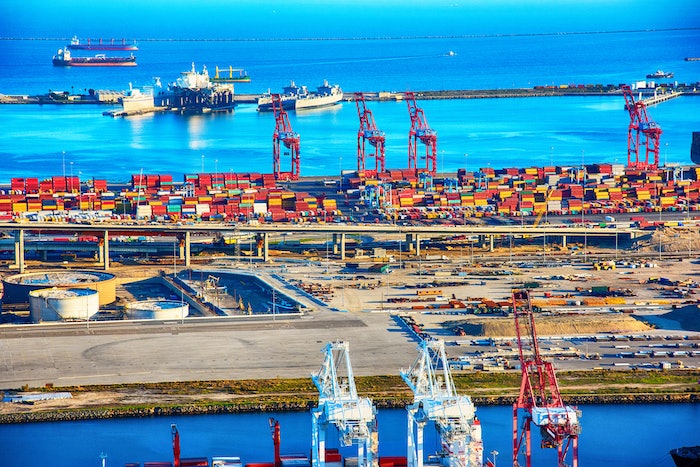 So could the boats in their harbors.

Bottlenecks at the nation’s two largest ports are not uncommon, but over the last year, with COVID-19 throwing manufacturing and the global supply chain into peril, delays at California’s ports have gone form occasional to ubiquitous. The Wall Street Journal reported in January that ships are now routinely waiting up to five days just to reach the ports and containers, even after being offloaded, also are experiencing multi-day delays to be loaded onto trucks or railcars to exit the area.

The delays are causing downstream issues for nearly every industry that relies on a global supply chain and in the automotive and heavy truck industries, the delays have been particularly harmful. North American vehicle production was only temporarily halted last spring at the outset of the pandemic, but over the last few months more and more manufacturers are being forced to pause completing specific systems and vehicles due to lack of component availability.

The story in the aftermarket hasn’t been any better. With OEMs and many Tier-1 suppliers prioritizing assembly lines for the product they do have available, warehouse distributors are receiving more orders than their vendor partners can support.

Those in the vendor community say they are exhausting every option they can to stabilize their supply chain but a quick fix seems unlikely.

The semi-conductor market was nearing a global shortage before the pandemic even began. The U.S. government has shown interest in subsidizing domestic production but any effort there would still take at least a year to impact supply. Other raw materials may be easier to acquire, but domestic sourcing without domestic production capabilities doesn’t solve anything because while switching international sources to solve a short-term problem doesn’t always ensure long-term success.

Nor does it solve the bottleneck issue plaguing California’s ports.

“Our largest challenge at the moment for most materials — except the electrical components and semi-conductors — is knowing exactly where our goods are. Knowing when they are going to land in a harbor and be moved,” says Thomas Doll, Bendix vice president, global purchasing excellence.

RELATED: Fighting COVID-19 has been mentally challenging; reopening the economy will be too

After withstanding only an abbreviated supply chain disruption in the early days of the pandemic, Doll says the import challenges being created by California’s overrun ports far exceeds the headaches he had last year when the manufacturing sector temporarily shut down across the globe. Doll says while those shutdowns were sudden, they also coincided with decreases in product demand. Additionally, while global manufacturing has rapidly recovered to meet ever increasing demand, California’s ports have been unable to scale up at a similar pace.

As a result, Doll says Bendix has been forced to extend lead times by two weeks for most imports and search for alternative ports of entry, including Mexico and East Coast ports accessed through the Panama Canal.

“It’s worse now than it was last August and September,” he says. “That’s when we first started to see the pinch points in the ports. And now we’re living with that every day.”

Doll’s experiences aren’t unique either. Nearly every supplier importing into the North American market is battling the coastal port bottleneck.

“For a solid part of 2020 we didn’t really have any major issues,” says Scott Smith, Sirco Industries’ vice president, sales and marketing. “There were some delays here and there, but it wasn’t until we got into the third and fourth quarters when things really started to grind to a halt.”

And as if the port challenges weren’t enough, the resurging global economy also has dramatically upended the overseas freight market.

Accuride Senior Vice President of Supply Chain Mary Blair says ocean vessel and container constraints have led to much of the global manufacturing capacity being consumed by domestic markets. And product that has made it out of other countries has been hit by dramatic shipping price increases.

Smith says some container rates are three times higher than they were at the same period last year — even though they are not arriving any faster. Freight forwarding operations offer some expedience and transparency in moving containers out of ports once unloaded but even with them, suppliers say they still aren’t receiving product at acceptable rates for them and their customers.

These delays have expectedly led to a lot of damage control throughout the global supply chain.

Suppliers say they are working tirelessly to communicate with OEM partners and key customers on a daily basis to inform them of the status of their materials. With domestic inventory levels falling, suppliers like Bendix are prioritizing “unit down” orders over stock orders in the aftermarket, Doll says, while Smith says Sirco is prioritizing existing distributor partners over new accounts and is calling key customers individually to gauge their product needs.

“We want to let them know what we’re trying to do,” he says. “We want them to know where product is and what we are doing to get it to them.”

“Supply chain challenges are never easy to confront,” adds Blair, “but because we work very closely with our global sales team and have sales full support, we’ve been able to soften the impact to our customers.”

She adds Accuride remains deeply engaged with its overseas partners too, working to confirm that current production levels and agreements will not falter as business continues to rebound and the pandemic hopefully enters its final months.

“Our relationships are key with our raw material suppliers. We track capacity and deliveries daily to ensure we prioritize our customers’ needs,” Blair says.

Yet while global production rates are increasing, suppliers note the international shipping and port bottlenecks choking the supply chain are unlikely to ease until late 2021 or early 2022. And while customers aren’t pleased, suppliers say most understand the issue is nearly universal across all industries that rely on imported goods.

“Over the last two months I haven’t had one customer tell me they’ve received a stock order from anyone that was 100 percent,” Smith says.

But Smith and other suppliers also say that isn’t going to stop them from trying to get as close to 100 percent as possible despite the challenges.

“We are not just accepting that some components are not available. We know our customers don’t accept that from us,” says Doll. “We are working with them to try and locate additional sources of supply.”

Adds Blair, “Our supply chain is much more resilient than it was a year ago … Our mentality is ‘we’re all in this together.’”