This is Part I of Truck Parts & Service’s three-part special report on aftermarket family businesses. For an introduction, CLICK HERE.

The aftermarket has been filled with smart, proactive family-led operations since its inception. Some of those businesses remain major players in the industry today.

When Six Robblees first opened in 1913 – as J.A. Robblee and Co. – heavy-duty distribution did not yet exist. The Model T had only been in production in Detroit for five years, and the Class 8 trucks that would eventually build the Six Robblees’ distribution network were still decades from introduction.

The company started by repairing bicycle wheels and performing locksmith services, and it wasn’t until customers began asking for assistance in acquiring car wheels that it entered the motor vehicle industry.

“The Indy Car circuit had worked its way north to Tacoma, Wash. and that was really what got [the company] involved,” says Andy Robblee, president. “Customers who knew about the bicycle wheel business started coming in and asking ‘Can you tune our car wheels?’

“That got the family into the wheels business, and from there it grew.”

Wheels remained the company’s signature product as it grew, and as business expanded so did the number of Robblee family members involved. The business was renamed Six Robblees in 1930 after the six remaining brothers, Bill, Herb, Fred, Ted, Hank and Dick.

It was around that time the brothers began looking for more ways to grow the business, Andy says.

“They all had this kind of mentality of ‘What else can we get for you?’” he says. “So in addition to wheels they started carrying other things. Things customers needed.”

Nearly 2,500 miles east, that same willingness to provide anything a customer could want was proving to be prosperous for the newly opened Point Spring.

Founded in 1926 in Pittsburgh, the company started as a spring production and repair facility as part of Detroit Steel Products and Roland Steel. By the 1940s, the company had grown to offer driveline service and driveline component distribution. That would later become the foundation of the business, and in 1963 it was renamed Point Spring & Driveshaft by owners William N. Ryan and Raymond J. Scherer.

President and CEO Bill Ryan was still a kid back then, but remembers how hard his father and Scherer worked at customer service. That kept customers coming back, and allowed the business to expand its product offering and footprint.

“My dad had built a great foundation when I came in, so I took my experience and added to that and we were able to grow the business significantly,” he says.

Not coincidentally, Joe Ward says he had the same goal in mind when opening First Call Truck Parts in 2001.

Ward had nearly two decades of aftermarket experience before trying his hand at business ownership. He says he relied heavily on that experience — specifically the value of building and cultivating strong customer relationships — when building a staff for new his store.

His ability to do so was key during First Call’s early years, and allowed the business to quickly gain a customer base.

“We started off really small,” says Ward. “We were fortunate I had a group of customers I had a relationship with [from my previous employer] and we were able to contact them and some immediately came over to the business. They were loyal because of our existing relationship and trusted us.”

Ward has returned the favor by investing heavily in the business and its team, another trademark of successful family operations.

“We continue to pay for assets and grow in our area,” he says.

Ward says he doesn’t know if he’ll one day turn First Call Truck Parts over to his three sons, but in the meantime he says he’s focused on building the most efficient, customer-focused and profitable business possible.

“My long-term goal is to have a marketable business when I retire,” he says.

That was the case in Oklahoma at Weldon Parts, where Dave Settles, president, says his father made sure the business was on solid ground before passing it on to the next generation.

Weldon Industries started in 1955 in Nebraska building metal skids for the material handling industry. But like many other veteran aftermarket businesses, the company slowly found its way into vehicle system repair and eventually distribution. It split into two operations, Weldon Industries and Weldon Parts in 1971, and only re-merged under the Weldon Parts banner in 2011.

During that time the Settles family operated both companies, with Dave’s father Leon in charge of the truck parts operation.

“My uncle was very talented mechanically while my father was more oriented to sales and office work, so they gravitated to those areas,” says Dave Settles.

That blueprint was later duplicated when Dave and his brother Daryle entered the Weldon Parts business. Dave now handles sales and administration duties while Daryle, vice president, is responsible for inventory control, purchasing and service operations.

“We work together very well,” he says. “We might have a tactical disagreement now and again, but that’s about it. He does a good job at what he does so I don’t feel the need to meddle, and he’s the same way with me.”

The 15-location distributor was founded by their father, M. Claude Pouliot, in 1974.  While both brothers were constantly around the business as children – “I did about everything,” Jean-François says – they did not both intend to return to the operation after college.

In fact, Jean-François was only weeks from graduating when his father called and offered him a position as a branch manager.

Though he appreciated the offer, he was at first apprehensive of joining the family operation.

“I was pleased that he thought about me but worried about not getting along with him and my brother,” he says. “I didn’t want the business to impact our relationship.”

He accepted the position a few days later, determined to not let his professional responsibilities impact his personal life. The plan worked, and he was officially named president five years ago.

Looking back, he says he now understands father’s approach in offering him the position.

The senior Pouliot was looking for the best candidate for his open leadership position; he was fortunate it also happened to be his son.

He says that’s something he and his brother, the company’s general manager, will consider when they decide to step down.

“Whether it’s a Pouliot at top is not important,” Jean-François says. “What matters is that the business survives.” 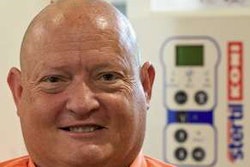 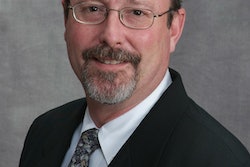 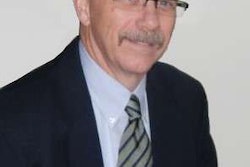