With $225,000 in cash and prizes, you could safely say that Christmas came a little early for the winners of the 2017 Rush Truck Centers Tech Skills Rodeo.

Rush Enterprises CEO Rusty Rush played the role of Santa, so to speak, handing out checks and prizes 40 times from a stage within a large conference room in the Grand Hyatt in San Antonio.

“It’s so special for me to be able to come here for the 12th year,” Rush told a room filled with about 800 people.

Rush heaped plenty of praise on his employees who work at Rush Truck Centers across the country.

“My heart and my connection to you is there, so I thank you from the bottom of my heart because you have made the organization, you make your families and we make so many other families better because of our commitment to making it happen,” said Rush who runs the largest commercial vehicle dealership network in the U.S.

NASCAR driver Clint Bowyer, who’s sponsored by Rush Truck Centers, joined Rush later on stage to announce Overall Grand Champion Justin Euler. Bowyer is featured in the first photo below alongside Euler (in the middle) and Rush (on the right).

We’ll follow-up tomorrow with some interviews of the winners. In the meantime, here’s the list of winning technicians, parts specialists and sales personnel. More pictures are posted below. 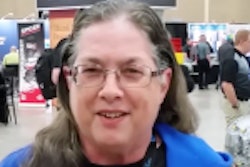 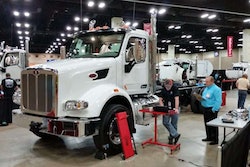 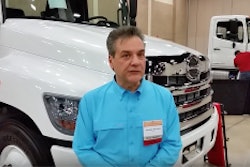 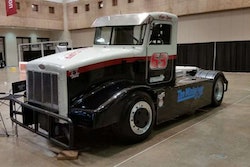