Framed for success: Keys to succeeding in the frame repair business

When it comes to collision repair, expertise is a must. Whether it be repainting a new fender or replacing a damaged component, collision service is too complex to undergo without a clear understanding of its challenges.

One of the most important aspects of frame service has nothing to do with the latest equipment and repair techniques and must be addressed before equipment even enters a bay. Service shops must first take time to secure a properly authorized repair.

“The first and often most overlooked issue is: Who actually owns the vehicle?” says Gordon Botts, president, Botts Welding, and education chairman at the American Council of Frame and Alignment Specialists. “Are the persons or company that presented the vehicle for repairs the ones that have the legal authority to do so, i.e., do they have the final say?”

Shops that shoot first and ask questions later may be in for a rude awakening after learning that another company actually owns the damaged truck and refuses to pay for repairs they never approved. Leased trucks and those financed through OEMs come to mind.

“If the vehicle is financed through an OEM finance company, the finance company may claim the frame needs to be replaced, rather than repaired, as your straightening may diminish the value of their vehicle,” Botts says. “This could lead to a ‘We didn’t authorize the repair, thus we will not authorize payment’ situation. The finance company could then require you to replace the straightened frame rails at your expense.”

In another potentially painful twist, a trucking company may opt to let its insurance pay for frame correction work while keeping the lease company, the owner of the truck, in the dark about the damage and the repairs. A shop may profit from the work in the short term, but the cost to its reputation for taking on unauthorized repairs could leave it worse off in the long run.

“Many leasing companies are wary of repair shops and unauthorized repairs,” Botts says. “They complain and call the integrity of your shop into question. As we all know, bad news travels fast. You may have received payment for your work from the lessee’s insurance company, but just how much future business have you lost if the leasing company attacks your business practices throughout the industry?”

Using technology to your advantage

Doubtless, a damaged frame can be repaired without the use of high-tech equipment. But having another set of eyes, such as a frame scanner, can provide a shop plenty of evidence and support for repair work.

“We’re not saying the traditional methods don’t work because they do,” says T.J. Schultz, heavy-duty product manager, Chief Automotive. “The problem is you can’t document you did it correctly. That’s why we developed the TruScan HD so [service technicians] can identify the damage when it comes in, know exactly what they have to do, create a repair plan and then repair accordingly. More importantly, if they leave the system on the frame machine, they can actually watch the damage being corrected as they’re pull-ing because it’s live.”

“This is actually providing the customer with before and after [analysis] for both the insurance company and the owner so that there’s not a question,” Williams says. “You know the work that’s been done and you can see it yourself. You don’t have to be trained on how to read frame gauges when you come to pick up the vehicle to take a look at it.”

Infinity’s FLEET laser measuring system allows shops to analyze and report the status of frames up to 60 ft.

“After a brief setup of attaching live targets in up to 16 locations and starting the laser scanner, the system will go out and determine what, if any, damage exists and record it for later printing or emailing,” says Sam Deering, chief operating officer, Infinity 3D Laser Measuring. “We automatically check for diamond, twist, sag and sway at any points the technician would like to check.”

As with all equipment, training is the key to success, especially when it comes to frame repair. Quite a few times, Williams says, he has come across shops that attempt to handle training on their own.

“Eventually we end up coming in and training because [new technicians] either start to damage equipment or worst-case scenario, they end up pushing a truck off the side of a rack,” he says.

“If a frame is off more than a 1/4-in. it is going to need attention,” Hinchcliffe says. While shops will employ different frame correction methods, they all rely on heavy equipment and extremely powerful tools to ensure the integrity of a repair. With that said, the topic of safety figures prominently in heavy-duty frame correction.

Let’s start with chains, one of the most ancient pieces of equipment. According to chain-guide.com, chains were used as early as 225 B.C. to draw water from wells.

Advancements in materials and manufacturing techniques have made chains stronger than ever, but nonetheless like the old saying goes: a chain is only as strong as its weakest link.

[RELATED: The difference between plastic and metal electrical components]

Chains have long played a role in frame repair, but some service shops are minimizing their use.

“The system using posts and chains can be dangerous inasmuch as when a chain breaks, there is no way to deter-mine where it is going to fly and who is potentially going to be severely or fatally injured,” Botts says. “Does your shop provide partitions or have other safety rules or protective devices in place to protect your techs?”

Schultz says chains are frequently used in pulling and pushing a frame.

“Typically, what our customers will do is they’ll throw a chain blanket on the tower when they’re making a pull so that if the chain does fail it doesn’t allow it to travel,” Schultz says.

Yet despite all the warnings and safety protocols in place, are there still some shops out there not using chains properly?

“Even the towing companies are required to change out their chains after a certain period of time and to check them to make sure they’re still good,” he says. “Those are not as strong as those we would use for body framework. The strength of the chain is a lot more than what it would be for a regular chain itself. There are differences between the two.”

Williams recommends checking with chain manufacturers to ensure that their product is up to the challenges of frame correction. Bee Line supplies 5/8-in. chains.

“We don’t like to use chains for the most part for ours but there is an occasion when we’re doing a twist or a sag that we will have to get one out just because of accessibility on the truck,” Williams says.

Heavy equipment used in frame correction is tough on technicians and not exactly what you would call an effective job recruiting tool.

“Honestly, I see a lot more shortage on the frame straightening side of it than I do the technicians for repair or body work,” Williams says. “It’s because of the amount of labor and the physical work that goes with it. One of the reasons we made some of the changes in the advancements in technology with aluminum is to make it easier on the technician.”

Heat treatment also has come under fire recently given the changes in frame material and the risk posed in under-mining the strength of the metal.

“There is debate from some of the repair equipment manufacturers on the topic of heating frame rails,” says Chris Sterwerf, COO and chief financial officer, Fairfield Auto & Truck Service. “Some produce equipment to heat rails even though the OEMs typically do not want their rails heated. If too much heat is introduced, it can cause the rail metallurgy to reach embrittlement.”

If your shop opts to use heat, the learning curve may prove to be too much of a headache for some techs.

“The system using heat requires the technician to become a metallurgist,” Botts says. “Too much heat can deaden the steel, not enough can require too much pressure and cause the frame rail to stretch. If the frame rail is heat-treated, tensile strength will be lost, thereby weakening the rail. Are your techs knowledgeable about the level of stress a material can withstand without permanent deformation?”

Hinchcliffe says tensile strength is changing for frame rails and a lot of experimentation is going into lighter, stronger materials, such as aluminum, carbon fiber, lamination and newer exotic materials. “A shop should be aware of what they are looking at,” he adds.

Of course, there are times when safety and repair costs mean passing on a frame repair.

“Truck frames are rejected when a repair will not make the frame suitable for highway use or is structurally distorted beyond repair,” Hinchcliffe says. “Rejection damage can be caused by rusting, burning/heat, molecular distortion from stretching or uncontrolled heating. Or when it’s economically not feasible.”

However, the topic of replacing frame rails versus repairing them can conjure up some puzzled looks, particularly among insurance reps.

“I had one earlier this year that had a hard hit on the side,” Williams says. “Once we got it pushed and got it straight there were stress cracks in the flange area so now it’s a candidate to get the frame rail replaced. The insurance company comes back and says, ‘I wish we would have known that before we did all the work on it. We could have saved the cost.’ And I said, ‘No, you still would have to repair the frame rail at least close enough to straight otherwise you go to put the new one in and it’s going to be all bound up and you’re not going to be able to slide the new frame rail in.’”

As Hinchliffe reminds, arriving at a safe and road-worthy repair is the critical end-goal of frame correction and, while methods may vary, success centers around knowing how to safely use extremely powerful equipment.

“TARA group requires a shop to have capability of pushing using 150,000-lb. hydraulics,” Hinchcliffe says. “Bee Line uses a frame press and it is probably the most predominate equipment in the heavy-duty repair industry. Chief has a bench type system. Josam works off an in-ground rail system. Several shops have self-built frame cages. They all work, and it is no more than a matter of preference for the shop.”

Sterwerf says advanced driver assist systems (ADAS) and electronic stability control (ESC) system diagnostic scans and calibrations need to be considered after frame repairs to make certain the lifesaving systems will work in a secondary accident as intended by the OEMS.

Hinchliffe adds, “Education is the key to success and information is slowly starting to flow from the OEMs. TARA is working with the OEM’s and the Technology & Maintenance Council (TMC) to create a ‘Recommended Practice’ for frame correction for the American Trucking Association. 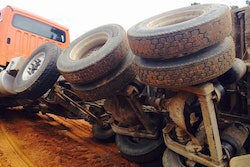 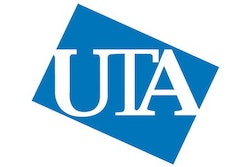 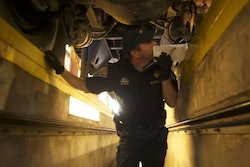 Unannounced inspection puts more than 1,600 trucks out of service