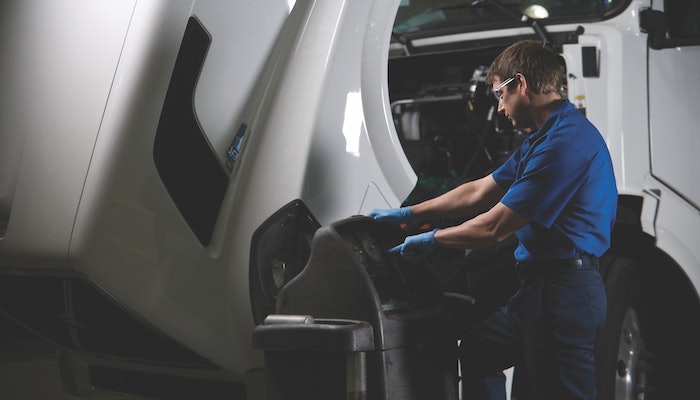 Air filters have been known to capture viruses and a lot of other nasty microscopic things so take special care when changing one out in the cab.

That advice comes from leading air filtration expert Dr. Jeffrey Siegel, professor of civil and Mineral Engineering at the University of Toronto.

What’s not clear, Siegel says, is the level of risk in handling such filters. Nonetheless, it’s best to err on the side of caution particularly in the wake of COVID-19 as commercial trucks and vans continue to hit the road and make various stops along the way.

“Wear gloves,” Siegel advises when removing a filter. “Do it with the doors and windows open so that there’s a lot of air flow from the outside in, put it in a sealed bag and get rid of it. Again, I’m not sure there’s an actual risk there, but those are all easy steps to do and if there is a risk, it deals with it.”

Will increasing the frequency of cabin air filter changes help?

“So this is a really interesting issue,” Siegel says. “First I should say I don’t know. The second thing I would say is that most of what that filter is collecting is traffic pollution and other things and also things related to activities in the cabin. But we’re not really worried about this as a virus risk. Having said that, filters really do collect lots of nasty stuff.”

The coronavirus is considered a large virus at .12 microns in diameter according to the Plasma Protein Therapeutics Association (PPTA), a trade group representing the biologics and biotechnology industry.

Whether using MERV or ISO ratings, each one refers to material size capture ability typically in nanometers or microns. According to the U.S. Food and Drug Administration, an N-95 respirator mask is rated to trap 95 percent of very small (.3 microns) test particles. High Efficiency Particulate Air (HEPA) filters, according to the National Air Filtration Association, offer a step up with at least a 99.7 percent efficiency rating for capturing test particles .3 microns in size. More sophisticated HEPA filters have a 99.99 percent rating for stopping particles of the same size.

While the COVID-19 virus at .12 microns in diameter is obviously smaller than .3 microns that does not necessarily mean the virus will pass through the membrane. Like other microscopic nasties, the virus hitches a ride, so to speak, on larger droplets of material, like saliva, emitted through coughing and sneezing which, in turn, can be stopped by filtration devices.

But seeking out the filter that catches the smallest amount of particles is not always the right choice. Some HVAC systems may not be rated to handle higher efficiency filters which can lead to unwanted back-pressure and other HVAC problems including a reduction in air flow.

Some devices already are equipped with exceptional filtration capabilities. IQAir states that its Atem 5-in-1 Personal Air Purifier is equipped with a hyper-HEPA filter that will capture 99.5 percent of particles measuring as small as .003 microns.

A mounting accessory allows the device to be mounted behind vehicle head rests.

Siegel cautions that a smaller micron rating does not necessarily equate to more effective virus control.

“There is not good evidence that a filter like that one is any better than, for example, a HEPA filter for this particular application,” Siegel says.

“And a big part of that reason is the fact that the virus size is not really relevant because the virus won’t last that long in the air by itself. The naked virus is somewhat vulnerable. What we really care about is that virus moving around in droplets and getting attached to other particles and those can be a lot of different sizes but they’re all bigger,” she says. 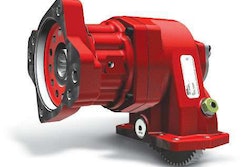 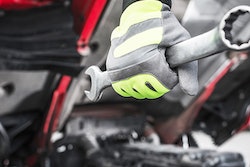 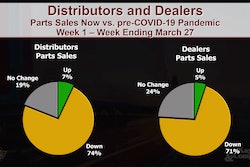 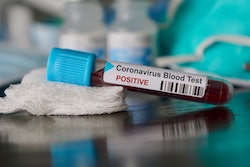 Truck makers deal with the coronavirus daily, while wondering about its effects on the rest of the year