Even before coronavirus made its way across the globe, experts were expecting a relative downturn for North American equipment and parts sales in 2020.

COVID-19 has quickly turned that expectation into a reality, and is now forcing businesses to examine a reality where sales don’t just fall but plummet.

Click here to view our full coverage of the coronavirus' impact on the trucking industry from the leading industry publications of Commercial Carrier Journal, Overdrive, Truckers News and Trucks, Parts, Service.

During a webinar Wednesday, representatives from the Heavy Duty Manufacturers Association (HDMA) and MacKay & Company shared data they have compiled during the first four weeks of the pandemic to show not only how much damage coronavirus has already caused, but how much more economic destruction is still to come.

The panelists said business will eventually get better but, in the meantime, the data is going to be pretty bleak.

MacKay & Company Economist Bob Dieli with RDLB Inc., kicked off Wednesday’s webinar by citing preliminary U.S. Bureau of Labor Statistics (BLS) data indicating the U.S. economy shed more than 701,000 jobs in March. Horrifying as that number appears, Dieli says it is likely on the low side, as BLS labor surveys occur in the middle of each month. He says that number will likely upward in the coming weeks as more data comes in on coronavirus’ immediate labor impact.

Dieli also notes more than 648,000 of those lost jobs occurred in eight primary fields: leisure and hospitality, retail trade, healthcare, manufacturing, construction, wholesale trade, temporary help services, and truck transportation. And with each industry still clearly hindered by the virus, Dieli says it is hard to determine exactly how many more jobs are to be lost, or when a recovery will eventually begin.

HDMA members are already beginning to see those kinks in their operations, says Richard Anderson, HDMA director, market research and analysis. Anderson says HDMA has taken three surveys of its member companies over the past month and is already beginning to see substantial changes to how OEMs and component supplier operations are functioning and what they are forecasting for the year ahead.

He says even before coronavirus reached North America the supplier community was bracing for a downturn — “this is the third consecutive quarter of slipping sales” — decreasing its hiring rates and shedding production and inventory for the better part of two years.

“The pandemic hasn’t done anything to help those underlying challenges,” he says.

It has, however, increased the pace in which HDMA members are reorganizing their operations. Anderson says in the last four weeks the number of member companies that have been forced to closed some of their operations due to the pandemic has risen by 60 percent, and 100 percent of members responding to HDMA’s Pulse survey for April this week noted they have now closed their facilities to any outside guests. 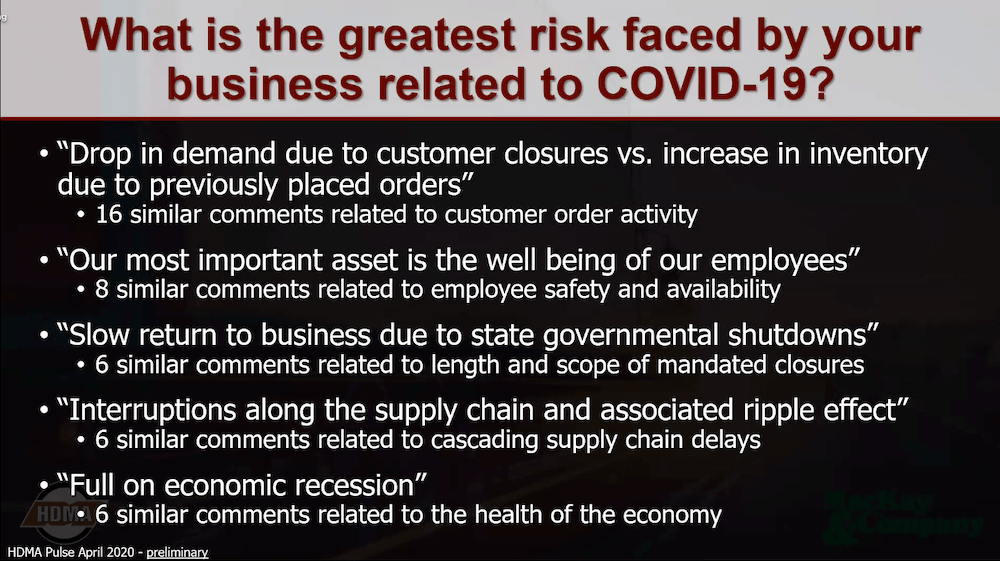 Emergency staffing plans also have become priorities. Anderson says more than half (55 percent) of the responders to HDMA’s Pulse survey in March indicated they were developing open-ended and indefinite plans for managing the pandemic, and he believes that number will rise when the April survey concludes later this week.

“We have come to the conclusion that we don’t really know how long this will last,” he says.

That timeline isn’t a good sign for suppliers who are already fighting supply chain challenges. Anderson says current data from HDMA’s Pulse survey this week indicates 11.5 percent of inbound shipments for member companies are now being delayed, while the number of companies experiencing no delays has been cut in half in the last month (from 22 percent to 11 percent). 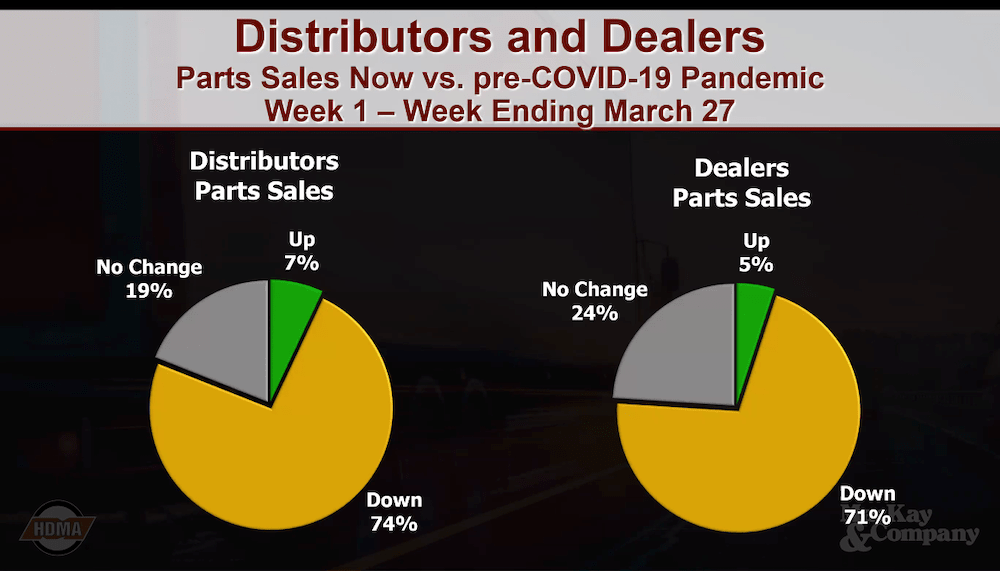 Business isn’t much better in the distribution channel, where MacKay & Company has updated its 2020 aftermarket parts forecast down nearly 20 percent from where it was at Heavy Duty Aftermarket Week (HDAW). MacKay & Company Vice President of Sales and Marketing John Blodgett says the company is now anticipating the parts forecast for Class 6-8 trucks and trailers at $25.7 billion for the year. The market was over $30 billion last year and was initially forecast to reach $32 billion this year.

If there was good news, Blodgett says it came from the supply chain, where 96 percent of distributors said they were yet to experience any disruptions in their parts fulfillment. Dealers reported 84 percent on-time delivery, though Blodgett noted the difference between the two channels was traced to employment/staffing issues in the OEM channel, not a lack of available components. 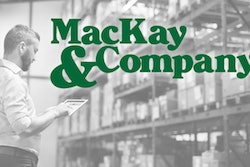 Commentary: Update from the mattresses 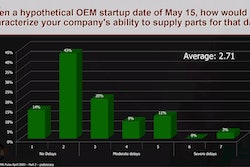 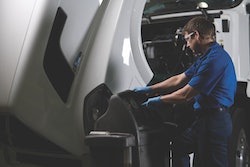 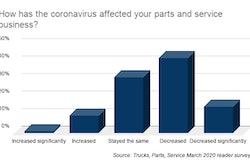