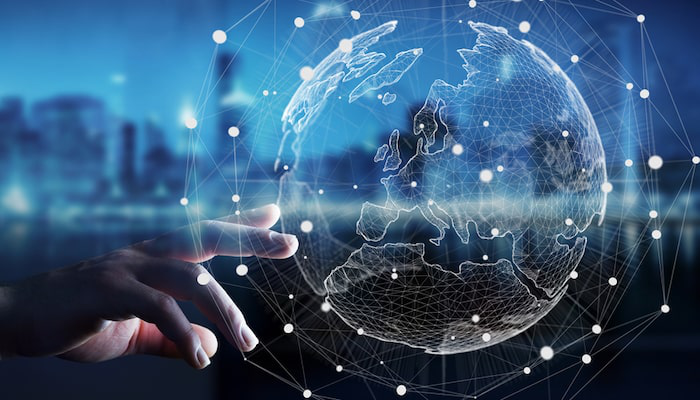 A disruption to a company’s supply chain can be its death knell. The coronavirus has made this a very real possibility. Companies need to be thinking short and long term in order to ride out a “new normal” that seems to be changing daily.

To address the current and future challenges, CliftonLarsonAllen (CLA) hosted a webinar Wednesday entitled, “Disruption to Global Supply Chains — and Strategies to Mitigate Risk Amidst Uncertainty.”

“Organizations are having challenges just trying to manage the current state as it is,” said Samantha Metcalf, managing principal, CLA. “Carving out time is important to be thinking about the future, understanding risk with your supply chain and taking steps to diversify. It’s about focusing on the now but also carving out time to think about the future.”

What companies were focusing on with respect to global trade has changed drastically in the past 90 days.

“A few months ago we were talking about China and U.S. relations and what the future looks like,” says Paul Stepanek, president, Complete Manufacturing and Distribution (CMD), which works with hundreds of factories across China and Southeast Asia in nearly 40 different industries.

“A month ago it was more around how do we restart after the virus and when will China come back online. A week ago, it shifted into some industries and product lines having quite strong demand while others were pushing for either complete or partial slowdown. Today what we’re seeing is a race to produce before some form of shut down and moving from fine-tuning [strategies of] ‘just in time’ (JIT) to “just in case,’ (JIC)” Stepanek says.

Given the current climate, Metcalf said companies need to be setting expectations with its leadership groups and teams that the pandemic is probably something that’s not going to be done in weeks but should be looked at from a “months” perspective.

She added companies need to be flexible with their supply chains and manage them to be repeatable because “we’ve heard a lot about the second wave of virus.”

Stepanek added, “Some people are saying we could be through it by Easter. That’s not what we see in other areas of the world.”

As far as air shipping, prices are going up, which can be attributed in large part to medical products needed in different parts of the world, according to Stepanek, who added the booking time is increasing from a week to maybe 10 days.

“We are seeing capacity restraints in air but not so much on the water. The concerns are will there be slowdown, partial slowdown or shutdown of any of the container handling facilities in North America related to either government shutdown or virus,” he says.

He characterized trade as being “very choppy” in which different parts of the supply chain can break down.

For example, Stepanek spoke of a CMD client in Detroit that has the capital and ability to build inventory because 40 percent of its total volume is supplied to OEMs in China.

“Even though their business is basically zero in North America and Europe because of the OEM shutdowns, they are cranking as much product as fast as they can so they’re in a position to make sure if the UAW [union] shut it down or a local government says it’s a non-essential industry and can’t be working, they’ve built up enough that they can push it onto a ship and still fulfill the demand they have in China — which may be the saving grace for them through this rough period,” he says.

Companies who want to manufacture product for JIC must have a good handle on their cashflow situation in order to make that decision, Stepanek said.

“This is fundamental to any business. You can’t even look at your accounts receivable and consider that to be bankable because it is so volatile right now you don’t know if customers will be delaying payment — there’s probably a good chance of that,” he said.

Leadership teams should be running through different scenarios for the next 30 days and even the next 180 days, he said.

If a company is scaling back, does it “go deep” and look at who gets removed or does it “go wide” and say everyone is going to get furloughed and be paid 50 or 80 percent of their salary until the business climate improves, according to Stepanek. “If companies are in position to take on additional component assemblies or products, that also would be a decision that comes down to how much they have in the piggy bank.”

If customers are delaying payments, Stepanek warned against assuming vendors automatically will be receptive to delayed payments.

“That’s a really tricky discussion because, yes, let’s all share the pain but if you push them over the edge, they won’t be able to recover and won’t be able to continue to be a supplier once you emerge,” he said. 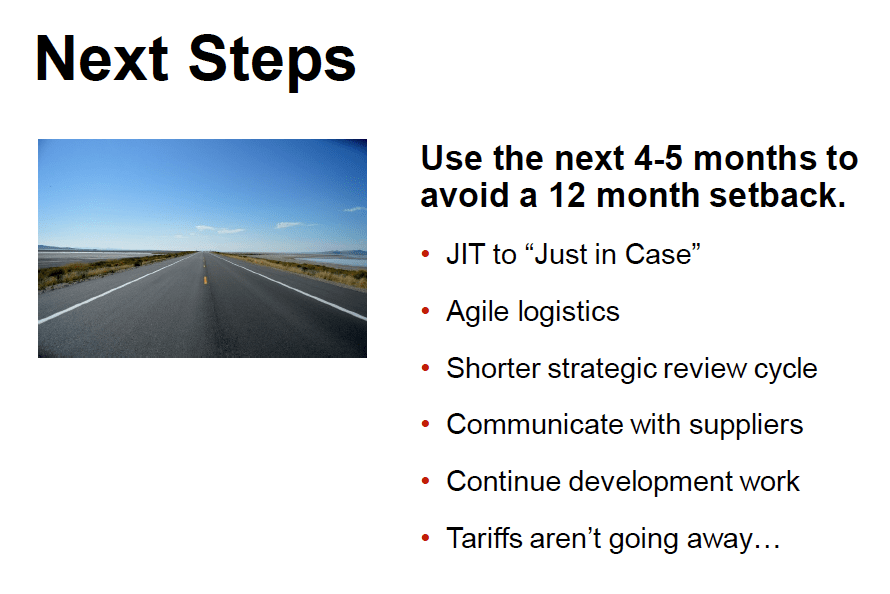 “Is there a way to work out a deal … as a way of giving them something? I don’t think there’s a blanket answer to that,” he said. CMD and its clients are “making a concerted effort to make sure all the suppliers are paid on time because we don’t want any constrictions on the supply chain. But if the situation becomes more dire, we’ll be having those conversation with the supply chain as well.”

Companies certainly can diversify their supply chains with partners in, for example, Southeast Asia or Eastern Europe; however, Stepanek says great effort is required and risks are involved.

“There’s a lot of technology transfer, flights back and forth, how do you find those next places to manufacture and how do you get that same knowledge transfer from China or headquarters over to the new potential supplier. There are no shortcuts,” he warns.

Stepanek says the uncertainty around global supply chains isn’t going away. But it is possible to build a “buffer” into a company’s processes and supply chain.

“Be more agile with logistics and diversify. The companies that are able to carve out time to do a bit of development work [will be better off] but I know it’s very difficult.”