Chris Spear doesn’t blame anyone for wanting to ride the wave. Business in the trucking industry today is good — great, even — with all segments of the market experiencing some of their best years in decades.

Spear, president and CEO of the American Trucking Associations (ATA), says the desire to sit back and enjoy a hot streak is perfectly normal. But, he adds, it’s also not a good use of anyone’s time.

During an engaging presentation Thursday at the National Trailer Dealer Association (NTDA) Convention in Colorado Springs, Colo., Spear urged trailer dealers and manufacturers to capitalize on trucking’s current status as a thriving, prosperous industry to push lawmakers and regulators to tackle the biggest issues facing trucking and transportation at large.

“I could not imagine a better environment for us to look forward five, 10, 20 years and determine where this industry needs to be,” he says. “This is the time [for us] to take action and solve problems facing the trucking market.”

Spear says his motivation in striving toward activism now is rooted in opportunity. Trucking is at the forefront of the U.S. economy and is in good standing with the current administration. The challenges facing trucking aren’t issues that can be solved quickly, but if discussions on each aren’t initiated today, Spear says it’s highly unlikely any positive changes are implemented before the market inevitably trends down again sometime next decade.

Two issues in particular where Spear was particularly vocal Thursday were infrastructure spending and talent recruitment.

On the former, Spear says the Trump Administration remains incredibly receptive toward infrastructure discussions. He says ATA is lobbying the administration and on Capitol Hill for a $1 to $1.5 trillion infrastructure spending package supported heavily by an increase of the fuel tax. Spear says a 20-cent increase over five years would bring in more revenue than any proposed tolling strategies currently under consideration and would be substantially more cost effective. But he says any change to the fuel tax would require legislative buy in, and that’s something the industry won’t receive without outreach from its members.

“We need to tell the people we are sending to D.C. to do their job,” he says.

Spear adds “workforce development is the biggest issue we face” in commercial trucking and says one mistake the transportation industry has made and needs to rectify is how it references autonomous vehicles. Spear says the trucking industry continues to actively support driver-assist technologies but has no interest in driverless trucks. He says “telling people a job is not going to exist” in the future is not going to help recruit drivers.

Spear adds ATA also supports any industry marketing and promotional efforts that focus on technology adoption in trucking. He says the newest workforce generation understands technology better than its predecessors, adding “we should embrace [technology] and market it to the next generation.”

A good stretch for the trailer industry is expected to continue for the next 12 months, at least, said Eric Starks, chairman and CEO at FTR, during a brief market update presentation during Thursday’s session.

Starks says the U.S. economy remains steady and strong, with consumer spending continuing to grow and freight rates showing no major negative downward shifts. Starks says he had been concerned about how replacing NAFTA could impact the economy, but the newly released USMCA appears to be very similar to North America’s prior trade deal.

In the trucking industry, Starks says the spring and summer’s hot sales stretch was a first of its kind. He says the truck and trailer markets hit levels never even approached in the past and even with lower order totals in August and September, the market remains above prior 2014 peaks and significantly above the five-year moving average. He says concern about slipping utilization rates is unfounded as the market was near 100 percent utilization for several months and is only seeing a downshift now because fleets are finally receiving new equipment they ordered many months ago.

“We are in the middle of a really strong stretch for trailer production,” Starks says. 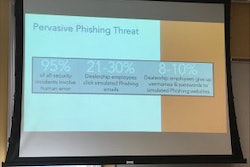 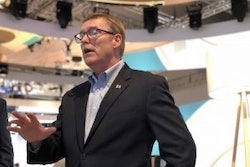 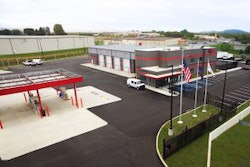 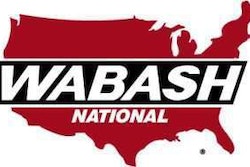