Will the U.S. avoid the economic dip underway in other nations?

With the global economy scuffling and uncertainty regarding trade with the United States being pointed out as a major reason for sudden downswing, economic analysts are beginning to show some concern that the global economy’s boom period is coming to an end.

The Wall Street Journal recently reported the U.S. economy expanded at an annualized rate of 3.5 percent during third quarter but Japan and Germany saw their national economic outputs contract during the same period. Additionally, Danish containership company A.P Moller – Maersk Group — the world’s largest containership operator — reported slower than expected shipping growth during the same period. Coupled with reports that many international companies believe potentials tariffs on vehicles and vehicle components due to steel and aluminum tariffs may be the most damaging aspect of the Trump administration’s current trade actions, there are now reasons for vehicle makers and shippers alike to lessen growth projections for 2019 and beyond.

The President’s war on trade has not yet suppressed U.S. growth, but there’s no telling if the negative aspects it is having overseas will never make its way into our economy.

In the WSJ’s report on the economic downswing in Germany and Japan, U.S. Federal Reserve Chairman Jerome Powell said the global economy is experiencing a slowdown that while not terrible “is concerning.” In its report on Maersk, the WSJ adds other shipping company such as Hapag-Lloyd and Deutsche Post have all issued profit warnings this year.

So, business elsewhere has hit a roadblock. How quickly those regions rebound (and/or if those responses impact our GDP) remains to be seen.

One thing, however, is becoming increasingly clear: Every day that passes without a global solution to the steel and aluminum tariff debate reduces U.S competitiveness in the global vehicle marketplace, executives believe. The WSJ reports the U.S. imported nearly $360 billion in automobiles and auto parts alone last year, and while half of those imports come from nations (Canada and Mexico) that recently received tariff exemptions, the other components remain under threat of the extreme tariffs. If fully implemented, the steel and aluminum tariff could negate almost all of the positive impact provided by the 2017 tax overhaul, the Organization of International Investment (OFII) says.

Pulling all of that data together gives me anxiety. The U.S. economy has been so strong for so long and we in trucking have been so fortunate to take advantage of it. I hope these good times aren’t about to end.

For what it’s worth, there’s still time for the White House to negotiate deals with our other global steel and aluminum suppliers and avoid the risks associated with the 25/10 tariff bomb. There’s also the reassurance that we’re now firmly in the holiday season, a regularly sturdy stretch for truck tonnage and freight. We’re also fortunate in that our Q3 was better than everybody else. That all helps.

But you and I both know past success does not guarantee future success. Other economies have stumbled. Our light-vehicle counterparts are nervous. I don’t think we’re standing near a cliff, but there could be a valley ahead. 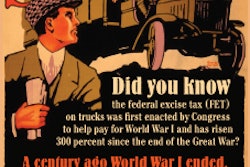 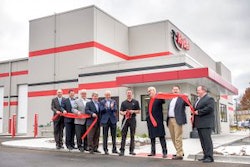 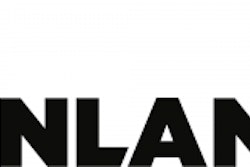 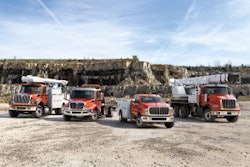