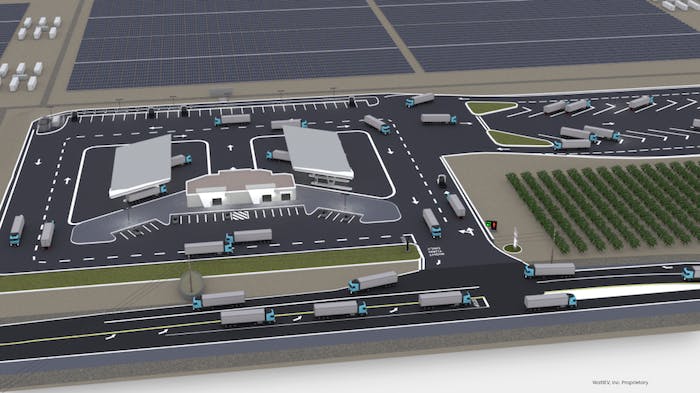 WattEV Inc. announced it is set to receive a $5 million grant from the California Energy Commission (CEC) to build the state’s first solar-powered truck stop dedicated to heavy-duty electric trucks. Groundbreaking for the project is expected in late October.

WattEV, based in El Segundo, Calif., says the CEC is anticipated to approve the grant on Sept. 8, 2021, at its monthly business meeting.

“Our successful private-equity seed funding, in addition to the grant awarded for this project, are important milestones in our effort to deploy 12,000 electric heavy-duty trucks on the road by 2030,” says WattEV CEO Salim Youssefzadeh.

“The electric truck stop in Bakersfield is the first step toward our commitment to help build the charging infrastructure network necessary to accelerate the heavy-duty trucking sector’s transition to electric drive,” Youssefzadeh says, “and to get more heavy-duty electric trucks on the road in California as quickly as possible.”

In addition to the Bakersfield project, WattEV is in the planning stages for similar projects in San Bernardino and Gardena in Southern California. Both of these electric truck stops will serve the Port of Los Angeles and Port of Long Beach and the warehouses fed by goods coming through the ports.

All told, WattEV plans to run its own fleet of 30 heavy-duty electric trucks by the end of 2022 to deploy under contract with several Southern California fleet customers, the company says.

The first fleet partnership is with Total Transportation Services Inc. (TTSI), a leading freight transporter, making the transition to EV trucks serving the ports of Los Angeles and Long Beach, and with a presence in Bakersfield. TTSI will be offering electric transport freight services to shippers in Southern California on routes served by WattEV’s platform.

The partnership between WattEV and TTSI is an initial step toward reducing significant emissions of particulate matter, oxides of nitrogen and carbon produced by the thousands of mostly older, diesel Class 8 trucks registered to serve two of the busiest ports in the nation and the San Joaquin Valley.

To help accelerate the transition to electric goods movement, WattEV is developing an advanced software platform — trucks-as-a-service (TaaS) — designed specifically for the use of electric trucks within its network of charging stations on designated routes. The TaaS platform will help fleets and individual truckers meet requirements of shippers with sustainability goals while serving transporters with a viable economic model, the company says.

The TaaS platform will offer an all-inclusive, charge-per-mile formula that will enable a transporter to efficiently and cost-effectively use an electric truck to move goods normally handled with diesel trucks on the routes selected by shippers committed to clean air.

“We’re delighted to partner with TTSI in the design and rollout of our TaaS software platform and deployment of our expanding charging network. We anticipate benefitting from their vast transport experience,” says Youssefzadeh. 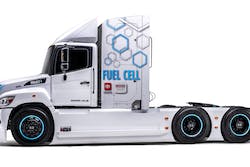 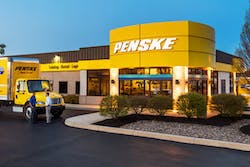 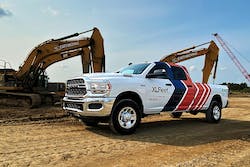