Peterbilt Motors Company has announced its lineup of electric vehicles are eligible for the 2022 Hybrid and Zero-Emission Truck and Bus Voucher Incentive Project (HVIP) by the California Air Resources Board (CARB).

HVIP has been a highly successful program for California-based EV customers with many utilizing the HVIP program to add Peterbilt EV Models to their fleets. Kenworth Truck Company announced a pair of CARB vouchers for medium- and heavy-duty EVs last month.

HVIP is part of California Climate Investments, a statewide initiative that puts billions of Cap-and-Trade dollars to work reducing greenhouse gas emissions, strengthening the economy, and improving public health and the environment particularly in disadvantaged communities.

Peterbilt says vouchers available for its EV models include:

“Peterbilt understands the benefits and the need for the expansion of commercial battery electric vehicles, and that’s why we are leading the charge with three EV models uniquely designed for applications that maximize the benefits created by the battery electric powertrain. Utilizing HVIP and adding a Peterbilt EV to your fleet is a great way to see those benefits for yourself,” says Jason Skoog Peterbilt general manager and Paccar vice president. 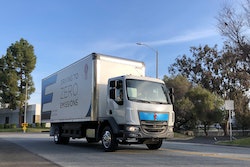 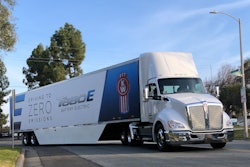 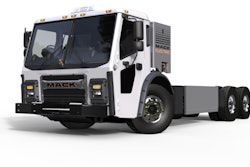