For the better part of four decades, the business world has been dominated by one generation: the Baby Boomers.

Identified as anyone born from 1946-1964, the Baby Boomer generation is the largest generation in American history. From the instant they began their post-education careers, they have been leaders. Leading by example, leading by force, leading through the sheer size of their group.

But for the first time since their ascension into leadership roles nearly 40 years ago, the Baby Boomers are now facing a challenge from a new generation.

That generation is Generation Next. Also referenced as Generation Y and, occasionally, Millennials, GenNext is the group of young professionals currently flooding into today’s professional ranks. With birthdates between 1975 and 1995, GenNext is poised to soon take over the businesses run by their parents and lead those businesses for many decades to come.

During a webinar on Wednesday, professional sales consultant Jim Pancero spoke to members of the aftermarket’s GenNext group about the challenges these young professionals and their Baby Boomers superiors may face during in the coming years.

We are undoubtedly in a transitional period, Pancero says, and making that transition run smoothly will require cooperation and compromise from both sides.

The two generations are very different, Pancero says, and describes them as follows:

Speaking to the latter group, Pancero advised the young professionals to use older communication methods when working with the Baby Boomers.

GenNext will be in power sooner or later, but having a strong relationship with Boomers will allow them to take over in the smoothest way possible, he says.

“What you really have to ask yourselves is ‘How do we deal with the Boomers while they are still in power?’” he says.

One area where Pancero says GenNext can do itself a favor is by asking Baby Boomers for guidance. Viewed by Pancero as the “most important thing” in growing a Baby Boomer/GenNext relationship, Pancero says mentoring allows Boomers to pass on their expertise while still clearly remaining the dominant side of an employee relationship.

Another area where GenNext can build strong relationships with their elders is through an outward-focused personality. Don’t just think about yourself, Pancero says, think about the company and how every decision you make impacts its profitability and its customers.

Baby Boomers unfortunately view GenNext and Millennials as “me-first” employees. Showing a willingness to put your operation above your personal needs is a good way to neutralize that, he says.

Technology is another pressure point for Baby Boomers where GenNext should be careful, Pancero says.

Because they are so resistant to change, and technological change in particular, Pancero says Boomers must be approached carefully when discussing technological advancements.

“Show me how a new product can lower costs or give us a competitive advantage,” he says. “Show me how it can help our customers.”

And Pancero adds to never forget the Platinum Rule.

“Treat people the way they want to be treated,” he says.

Wednesday’s webinar was the first of several scheduled by GenNext in 2015. For more information on upcoming GenNext webinars and events, please go to www.gennexthd.com. 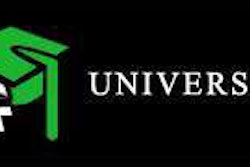 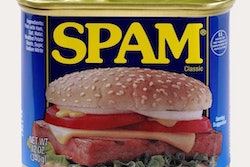