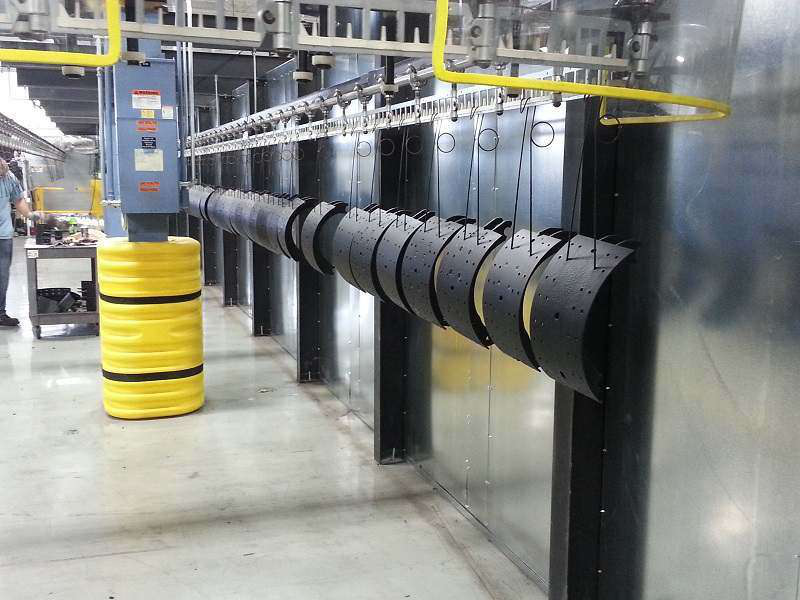 The benefits of remanufactured parts, from quality to cost savings to sustainability, can make them an impactful part of any commercial vehicle fleet’s safety equation. But those positives have also made the terms “remanufactured” and “reman” attractive enough to cause marketplace confusion when employed inaccurately.

As one of the first ambassador companies of the Manufactured Again Certification program from MERA – The Remanufacturing Association, Bendix Commercial Vehicle Systems continues its efforts to educate buyers about remanufacturing, suppliers, and performance expectations.

MERA and its members developed the Manufactured Again Certification program to help purchasers easily identify remanufactured goods with like-new quality and warranty coverage. The program also promotes environmental stewardship and remanufacturing as a leading example in the circular economy.

“The growth of interest in remanufacturing brings with it a greater emphasis on stressing exactly what ‘reman’ means, and setting standards to ensure that fleets and owner-operators know what to expect from remanufactured parts,” says Henry Foxx, Bendix director of remanufactured products. “We recognize that today’s parts buyers face more options than ever, and that performance and return on investment have never been more crucial. That’s why Bendix, MERA, and the other ambassador companies are pulling together to provide complete and reliable information on remanufacturing in today’s complex and competitive parts environment.”

Bendix says genuine remanufactured products are factory rebuilt by the OEM using a mix of reconditioned components and brand-new components from the same suppliers they use on original equipment. Wear components and items subjected to high stress or high temperatures, or subject to high fatigue or corrosion, are replaced with original spec components identical to those on a brand-new product. Remanufactured components help reduce replacement costs and extend vehicle life, while also reducing environmental impact of new part production.

Lower-cost alternatives to reman parts are often rebuilt rather than remanufactured–and the terms are not interchangeable. Bendix says when a rebuilder breaks down the core of a part for reuse, such as an air compressor, they may simply clean or repaint its parts, reuse the wear components, or replace them with inferior versions, since they may not have full access to OEM-quality replacements. Brake shoes may just be relined with new friction, and not coined to return them to the proper OEM geometry. Additionally, postproduction testing is much more rigorous at an OEM-level remanufacturer, where the resources and expertise are already in place, Bendix says.

The Manufactured Again Certification program, launched in November 2016, is based on the internationally recognized quality management standards ISO 9001 and IATF 16949. Where ISO 9001 can be used by any organization, large or small, in any industry, the supplemental IATF 16949 is one of the automotive industry’s most widely used international quality standards. To receive Manufactured Again Certification, MERA says remanufacturers are required to submit third-party evidence of conformance to the accepted quality standards. The Manufactured Again Verification Committee oversees the program and reviews all applications.

Bendix has been a remanufacturing leader for more than 40 years. Remanufactured components from Bendix include brake shoes, air disc brakes, valves, air dryers, compressors, and electronics. In 2011, Bendix formed a dedicated business unit focused on its remanufactured products. The company says it continues to grow its remanufacturing business and further develop its operations and offerings.

Bendix also provides further insight on remanufacturing and replacement parts at the Knowledge Dock, which features videos, blog posts, podcasts, and white papers, as well as an archive of the Bendix Tech Tips series.