Blockchain and the IoTT … Internet of (Truck) Things

In May 2017, consultant Deloitte estimated that 10 percent of global GDP would be built on top of blockchain (BC) applications, but was a little light on specific industries or timeframes. This ambitious claim was made because of the transformative nature of this technology and the effect it will have on nearly every industry segment.

For logistics and transportation, it will have a huge impact, promising to shake up all channels and functions within this $8 trillion worldwide industry.

What Blockchain Is (Hint: It is NOT Bitcoin)

Think of Blockchain as a platform with Bitcoin or Ethereum or other crypto-currencies as apps.

Where the blockchain offers significant potential is in transactions where parties don’t trust each other. There are many instances in trucking where two parties do not trust each other or the need to verify someone is very high.

Blockchain technologies could be the silver bullet needed by the new IoT-enabled predictive maintenance industry. Blockchain technology can be used in tracking billions of connected devices, enabling the processing of transactions and coordination among devices.

This decentralized approach eliminates single points of failure, creating a more resilient ecosystem for devices, inventory (and trucks) to run on. The cryptographic algorithms used by blockchains would make a blockchain-based Internet of Truck Things (IoTT) possible relatively soon to assist:

I really think that blockchain technology is the missing link to settle scalability, privacy, and reliability concerns in the heavy-duty truck parts and service markets. In its simplest form, parties within an extended supply chain add “blocks” of information to the broader chain. The blocks can identify as much information as the stakeholders deem necessary for the transaction to progress and be consummated.

Cheating is virtually impossible, because each step in a transaction, whether open to the public or restricted to specific stakeholders (the latter being what is envisioned in trucking) is witnessed and agreed by everyone in the chain.

At the heart of a blockchain’s appeal is the development of so-called “smart contracts,” or self-executing contracts that do not require a third party to validate. As envisioned, contracts could be converted to computer code, stored, then replicated on the system and supervised by a network of computers that run the blockchain.

Smart contracts enable the exchange of money, property, shares, or anything of value in a transparent and conflict-free way, while avoiding the services of an intermediary. Like a traditional contract, these new compacts would define applicable rules but could automatically enforce those obligations.

Smart Contracts Are the “Holy Grail” of the Blockchain Concept

It is no secret that global supply chains running on legacy systems often get bogged down in the back-and-forth of obtaining multiple approvals for transactions, and are vulnerable to loss and fraud. A blockchain prevents this by providing a secure and quickly accessible digital version to all parties in the chain.

By charting each step of a transaction in the form of blocks that are validated before they are added, a blockchain process cuts the time lag incurred in achieving extended visibility and reduces the risk of information being corrupted as it moves through the chain.

Worldwide leaders that have explored a blockchain for transportation have done so gingerly (to say the least):

What Blockchain Isn’t (see Bitcoin above)

I’ve heard a blockchain referred to in typical Chicago terminology as “the thing that enables the thing.” Cubs syntax notwithstanding, the description is fairly accurate. Because it isn’t a product or service, a blockchain doesn’t replace technologies currently in use. Rather, it augments existing business-to-business integration systems while creating a shared visibility overlay.

The challenge for developers and users will be to determine where a blockchain fits within the framework of the current IT mosaic.

As with other somewhat ethereal processes, the jury is out on how a blockchain would actually perform. A present-day blockchain cannot handle a lot of data and is not scalable. Attaining the ultimate objective of executing smart contracts will depend on Congress, states, or the courts writing and interpreting laws granting them legal authority, a process that could take years.

How Soon? How Much?

This is a true turning point. What we are talking about is doing away with traditional trusted multi-party relationships that have existed for centuries (and settled things with a handshake (or fistfight)), and replacing them with trust in inconceivably complex technology.

With the initial hype surrounding blockchain beginning to wane, more companies will develop solid opportunities for blockchain commercialization. Though a lack of standardization in technology and skills may present short-term challenges (see BiTA below), expect broader adoption of blockchain to advance steadily as companies push beyond these obstacles and work toward integrating and coordinating multiple blockchains within a single value chain.

Real cost reality check: While most blockchain codes are open-source and run on low-cost hardware and public clouds, the full integration of blockchains into existing environments will require both resources and expertise, which don’t come cheap. What’s more, supporting new blockchain-based business platforms will not be free. Blockchain technologies, like the systems and tools that users need to interact with them, require IT maintenance and support. Finally, because they are still new, for some time blockchain platforms will likely run in parallel with current platforms, which may add short-term costs. So, no, blockchain is not free.

The Blockchain in Trucking Alliance (BiTA) is helping to bring together companies in the trucking ecosystem where blockchain will impact their organizations: 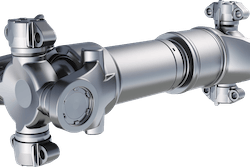 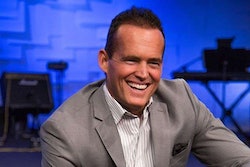