Meritor has launched its North America Authorized Rebuilder Program for drive axle carriers, including the company’s 145, 14X and 160 products. As part of the launch, four Canadian companies, Capital Gear, Coast Powertrain, Ltd., ULT Powertrain and The Gear Centre, become the first in a network of authorized rebuilder members to supply wholesale distributors and dealers across Canada with rebuilt Meritor carriers. The company plans to extend the Authorized Rebuilder Program to the United States this year.

Each of the rebuilders test all carriers to ensure they meet or exceed Meritor OEM rebuild specifications, with all rebuilt units containing a unique serial number that will be documented and tracked by Meritor for quality assurance, according to the company. Authorized rebuilders are compliant with all safety and environmental regulations, Meritor says.

Fast turnaround is essential to keeping forestry, mining, construction, transit and line haul fleets on the road, according to David Stewart, general manager, Coast Powertrain, New Westminster, British Columbia. “Twenty-four-hour delivery of Meritor parts ensures that our customers’ vehicles will be back up and running with parts rebuilt to the highest quality standards,” he adds.

Meritor-trained commercial vehicle technicians at each rebuilder will have the capability to update the carriers with Meritor’s latest product innovations.

“Because of our association with Meritor, combined with our years of knowledge and ability to deliver the highest level of customer service, customers know they’re buying rebuilt carriers with the most up-to-date components,” says Gerard Zentner, president, Capital Gear, Edmonton, Alberta.

Whether a customer is long- or short-haul, it’s important to rebuild carriers with 100 percent genuine Meritor content, according to Kurt Gibson, chief operating officer, The Gear Centre Truck & Auto, Edmonton, Alberta. “Downtime can be expensive, and customers will enjoy peace of mind knowing their trucks are being repaired with components from one of the industry’s top brands,” he says.

Equally important, according to Mario Oliveira, president, ULT Powertrain Reman and Services, Mississauga, Ontario, is proper installation and procedures. “Our technicians start and finish every rebuild with a great attention to detail,” he says. “Additional training from Meritor ensures that all carriers are rebuilt to ensure premium performance and dependability.” 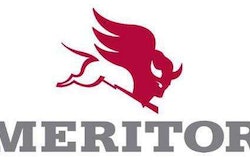 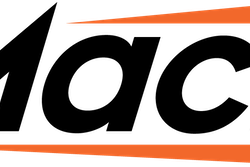