Meritor has announced the U.S. launch of its North America Authorized Rebuilder Program for drive axle carriers, including the company’s 145, 14X and 160 products.

Five rebuilders in the United States, along with four already serving the Canadian market, brings the total number of North America locations to 62 that supply wholesale distributors and dealers with genuine remanufactured Meritor carriers.

“Our company has earned a reputation for quick service and reliability, and 24-hour delivery by Meritor ensures that our customers’ vehicles will be back up and running with parts rebuilt to the highest quality standards,” says  Sarah Barber, president at Anderson Brothers.

Meritor-trained commercial vehicle technicians at each rebuilder will have the capability to update the carriers with Meritor’s latest product innovations. Each of the rebuilders test all carriers to ensure they meet or exceed Meritor OEM rebuild specifications, with all rebuilt units containing a unique serial number that will be documented and tracked by Meritor for quality assurance, the company says.

Keeping up with product improvements and technology in the rapidly evolving transportation industry is crucial, says Dave Olsen, CEO at TransAxle. “Today’s drivetrain components continue to become more complex, so our association with Meritor is a critical step in ensuring we thrive in our remanufacturing efforts and serve our customer base,” he says.

Access to Meritor-trained commercial vehicle technicians is a key feature of the Authorized Rebuilder Program, according to Gregory Saling, general manager, Truck Gears, Inc. “We’re looking forward to integrating Meritor’s depth of knowledge and resources into our manufacturing process to supply our customers with the highest level of parts and service,” he said.

Equally important is establishing proper installation and procedures, adds  Gregory Chudacoff, president and owner at General Truck Parts & Equipment. “Attention to detail is what we emphasize with our technicians. Additional training from Meritor ensures that all carriers are rebuilt for premium performance and dependability. It helps us offer our customer base another level of quality,” he says.

To ensure reliability, Paresh Patel, CEO at Drivetrain Service & Components Inc., says it’s always important to rebuild using 100 percent genuine Meritor components. “It’s been in our company’s DNA to insist on only genuine OEM parts,” Patel says. “Becoming an Authorized Meritor Rebuilder is a perfect fit, since our aim is to always keep our customers’ best interests in mind.”

In Canada, Capital Gear, Coast Powertrain, Ltd., ULT Powertrain and The Gear Centre became Meritor’s first authorized North American rebuilders in January. Due to its success, Meritor says it has expanded the program by cooperating closely with OEMs who often receive unit-down callers inquiring about replacement carriers. OEMs notify Meritor, which works with one of the authorized companies, to ship a rebuilt unit within the program’s 24-hour timeframe. In addition to unit-down orders, Meritor’s OnTrac can offer fleets genuine reman replacement units to resolve warranty issues through its Authorized rebuilder network, the company says. 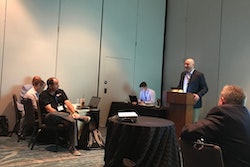 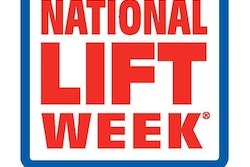 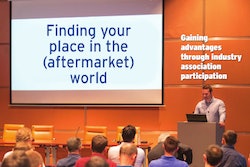 Finding your place in the aftermarket: Advantages gained through industry association participation