The Blockchain in Transportation Alliance (BiTA) Symposium and Transparency18 event in Atlanta in May might one day be called the beginning of a new era in transportation technology.

The entire market clearly has a hearty appetite to learn more about new solutions. It is also quite clear that today this is an industry and market that are “sexy” to big tech players and start-ups alike. The future of supply chain technology solutions is diverse and exciting.

The event kicked off with the BiTA Symposium. There is so much enthusiasm for what Blockchain could mean for Transportation Tech. That’s because of the:

… And the associated use cases that could have ripple effects. There’s still a great deal to be learned about Blockchain’s potential impact.

This event gave a forum for early-stage conversations to happen about what a Blockchain Transportation Tech future might look like. The first step will be to focus on creating data standards. The intention is for those standards to frame a market that offers interoperability between systems on a playing field that is free of royalties.

Standards will be developed by multiple counsels and think-tanks composed of the BiTA rank and file. Discussions will kick off in early June, riding the wave of enthusiasm following this event.

On Day 2, Transparency18 Demo Day gave an exciting way to put a face on what a Blockchain future might look like. Each presentation had a hard cap at seven minutes. The presenters’ mics turned off at that exact moment and the lights went out — we’re not talking about the Oscars playing music while the gratitude continued. That continuous flow and expediency made for a great viewing experience. Take note aftermarket event planners!

One takeaway from the demonstrations was that Blockchain use-cases often aren’t alone. Multiple demos married Blockchain with disparate technologies like telematics, the Internet of Things, and/or Artificial Intelligence.

Some players, like Fuel Optimization startup VNomics from Rochester, are rolling out a separate version of their existing product that will offer Blockchain functionality. This will give VNomics the ability to pivot to or away from Blockchain.

Another theme was the inevitable data windfall emerging technology needs to bring. In a fluid and mobile space like transportation, there is clearly an opportunity to offer better access to real-time information to increase knowledge and improve decision-making.

Presenters came in all shapes and sizes:

One demo that was purely Blockchain-focused was Slync.io who won ‘Best in Show.’ Founder and CEO Chris Kirchner sees Blockchain’s capability to marry confidentiality and visibility as a game changer. Slync.io offers customers the capability to permission down to the data-field, which has been delighting in beta testing.

Most of the Blockchain-related products were built using IBM’s Hyperledger Fabric with a few exceptions that were going the Ethereum-route. One of the most interesting potential capabilities of Blockchain is the opportunity for it to ease purchases using platform-specific currencies. Konexial from Knoxville, Tenn., has plans to do just that with the announcement of an Initial Coin Offering (ICO) coming in late 2018.

Most attendees weren’t presenting products. Many were at the show as a learning opportunity to get a better understanding of Blockchain’s potential impact. John Verdon, telematics firm KeepTruckin’s head of partnerships, believes that “with Blockchain, we’re scratching at the surface of how it can be used within the transportation space. I think it’s clear that the supply chain is an incredibly complex beast and over time people have looked to improve the operational efficiency of that.”

It will be very interesting to see what kind of strategic alliances and acquisitions come out of this.

If it’s true that “80 percent of life is just showing up,” then the sizable audience at the BiTA Symposium / Transparency18 event is well on its way to receiving help from Blockchain and other cutting-edge technology.

What happened in Atlanta was an effort to bring an approach ordinarily reserved for Silicon Valley to a new audience. There’s a race going on to figure out how to incorporate new-age capabilities in this mature industry. To be there was to see that the possibilities for how to do that are endless.

Steven Lerner is a new Wade Partner and an industry expert on new technologies and their application to the heavy-duty parts and service industry. Reach him at Steven Lerner slerner@partvine.com. 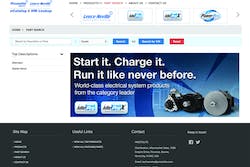 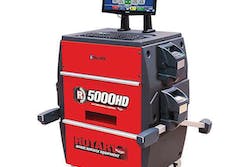 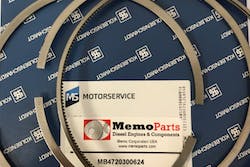 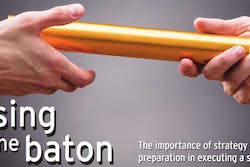