In a small business centric industry, finding employees is always a challenge. The trio of Brad Taylor, Justin Greenberg and Logan Perkins readily admit they haven’t solved their hiring conundrum. But during a panel discussion Thursday at the Association of Diesel Specialists (ADS) Convention and Tradeshow in San Diego, the three men still shared their experiences of the hiring and employee retention strategies that are working best in their companies.

At Taylor Diesel in Jackson, Tenn., Taylor says one thing he’s learned is the importance of writing a proper job description. Posting a vague job opening might earn a lot of responses, but there’s no guarantee those applicants will be skilled or qualified for the opening you have.

“You want to pull in great people,” he says.

At Diesel Core, Greenberg says most of the employees he’s added since opening the business in 2010 have come through current employee referrals. Greenberg says he prefers referrals because his team members usually promote their culture to their friends before they apply.

“We rely on our people to help us network and bring in other good people,” he says.

But even with those advantages, Greenberg adds he still tries to interview as many people as possible when he has an opening. He says the more work the Diesel Core team puts into evaluating a candidate up front, the less likely the candidate will falter if extended an offer.

And that’s something both Taylor and Greenberg note as being important. Small businesses have enough problems filling open positions; they don’t have time to hire for the same opening multiple times.

“We want to hire for life,” Greenberg says.

Perkins says he hopes to do the same at Diesel Parts Plus LLC. As someone who didn’t have any diesel experience himself when joining the family business, Perkins says his No. 1 goal when looking for new employees is attitude and ambition. He says if he can find someone who appears to have the work ethic and personality to fit into his company’s culture, he’s confident his team can train that candidate on the industry. He knows that worked for him.

Then there’s the question of compensation. Thursday’s panelists each say their businesses offer competitive market rates to new employees and have raise structures in place once an employee clears a specific evaluation period. Bonus programs were universally reported by the panel as well. Perkins says his company’s bonus program is tied to workshop productivity, while Greenberg says his employees earn bonuses based on sales goals. Taylor Diesel does both.

“We try to take care of our people,” Taylor says. 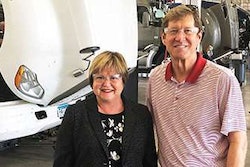 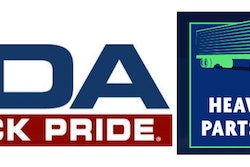