Technology is not the enemy. HDAW co-chairs looking to show tech-based opportunities for aftermarket

The trucking industry is changing. The co-chairs of Heavy Duty Aftermarket Week (HDAW) 2019 say that’s no secret. But the duo also acknowledge identifying change is a lot easier than acting on it. In developing the educational program for this month’s 14th annual event, Meritor’s Brett Penzkofer and Harman Heavy Vehicle Specialists’ Ian Johnston say they’ve worked hard to book a slate of speakers who will entertain, educate and motivate the aftermarket audience.

Change might be coming to the industry, but the duo say that doesn’t have to be a bad thing.

“We’ve really tried to create a high-value educational program that will help [distributors] understand where they should be focusing in their businesses,” says Penzkofer, vice president, North America, aftermarket, Meritor. “We want to give them specific information on what is changing and show them the opportunities that exist from that change.”

Johnston, vice president, Harman HVS, uses the metaphor of climbing a mountain. There are an infinite number of pathways to the top and distributors need to remain focused on the peak and not the threats that could knock them off course or off the mountain entirely.

“I think we can still summit the mountain,” he says. “We just might need to take a different route.”

The keynote speaker for this month’s event will be futurist Daniel Burrus. During HDAW’s opening general session Tuesday, Jan. 29, 2019, Burrus will take to the stage and share his tricks for identifying the technological advancements and business changes that will definitely come to the aftermarket.

Burrus’ presentation will be followed by Indy Car team owner and former racer Sam Schmidt. Schmidt will briefly address how technology has positively impacted his life. Though paralyzed from the neck down due to injuries sustained during a crash while training in 2000, Schmidt made history earlier this decade when he surpassed 150 mph while behind the wheel of a Chevy Corvette outfitted with advanced driver assist technology.

Schmidt and Burrus will then share a dialogue on why they believe businesses in the aftermarket should be open and inquisitive regarding technology — a theme HDAW’s co-chairs believe will be present throughout the week.

“We are at a transitional period in the heavy-duty aftermarket. Changes are coming so fast and from so many angles,” says Johnston. “We’ve been having conversations about this for the last two or three years with very little movement. Now is the time to act. [Distributors] have to start seizing these opportunities to improve their businesses … inactivity is just as devastating, if not more so, as trying something that doesn’t quite work.”

“I think the vast majority of [distributors] understand the urgency of addressing technology and its impact” on their businesses, he says. “They just don’t know where to start.”

The duo say that’s where HDAW’s workshops will come be helpful. With four sessions spread across two hours — enabling one distributor to attend two sessions or a distributor and colleague to hit all four — Penzkofer and Johnston say each workshop presenter will add on the theme presented by HDAW’s general session. Topics include:

Coupled with another sold out exposition and potentially the largest one-on-one meeting schedule in HDAW history, the co-chairs say this month’s event is shaping up to be one of the best ever. They hope attendees feel the same way afterward and say if there’s one thing they want distributor attendees to take from this year’s event, it’s action.

“It’s time to do something,” says Penzkofer. “Every business has its own challenges; it’s time to react.”

Adds Johnston, “Take action. It is a terminal threat to your business if you don’t do anything.”

This is the first of seven presenter previews for HDAW 2019. Please check back next week for more on keynote speaker Daniel Burrus and Sam Schmidt. 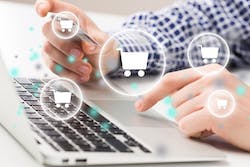 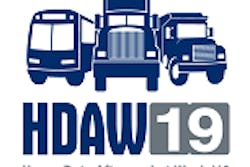 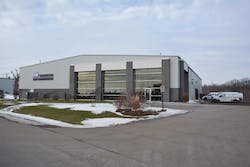