The remanufacturing cycle is the process of reviving and restoring used parts and when necessary replacing worn out parts to create a component that is equivalent to, or better than, the original new part. The key in this process is significantly changing performance. A remanufacturer does not sell used, second-hand, rebuilt, repaired or refurbished injectors, This process maintains the intrinsic value of the product at the highest possible level, providing the same or better performance for the component.

Remanufacturing guarantees high-quality results for a new life cycle and provides a product that can be marketed and sold at a consistently profitable price. The process is about scrutinizing and renewing the entire component, not just a part of it. Remanufacturing products can be seen by end customers as the best alternative and the best value proposition for aftermarket parts, with typical savings of 50 percent or more when compared to OEM products.

When talking about remanufacturing, it’s important to understand cores. A “core cost” or “core charge” is what most people refer to, but to a remanufacturer, it is a “core-investment.” It is imperative to recuperate the money invested into a core by making sure cores are returned for credit in a timely manner by customers. When successfully developed and implemented, core management is the lifeblood of the remanufacturing industry. 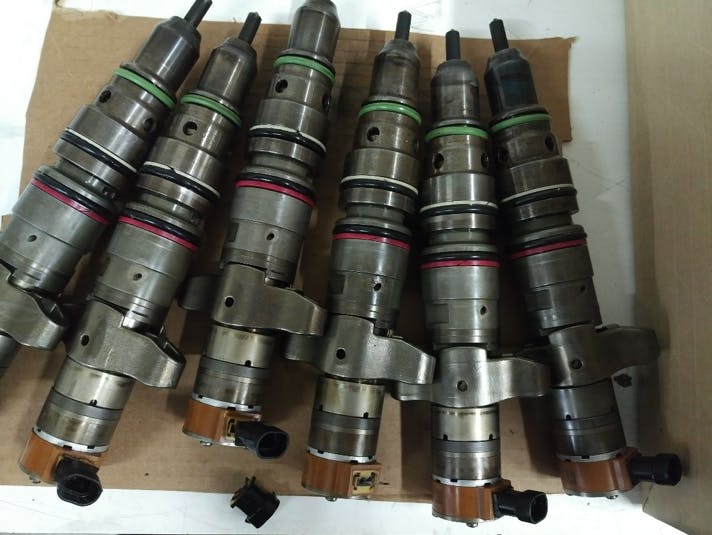 A selection of cores for fuel injector remanufacturing.

So, what is an acceptable core?

When it comes to our business, injectors by far are more sensitive than most other engine products (such as an alternator or a cylinder head), so the core acceptance policy must be carefully adhered to. Cores must be in reasonably good and repairable condition. Every core needs to be visually inspected by the customer. Cores must be packaged and protected very well, to prevent any damage during transportation which would make the core unrepairable.

Cores that are unacceptable include:

Disassembling: Cores are disassembled completely, down to the smallest components. These components are all carefully sorted, keeping all parts within a cradle, literally “babysitting” every injector.

Cleaning: Components that are deemed useable are placed through automated cleaning equipment. Some core components require more thorough and manual cleaning, which is also handled in-house.

Parts Qualification and Inspection: Next, a remanufacturer inspects every worn component and replaces them with brand new parts. With injectors, the remaining components, such as the nozzle, plunger, control valve, and solenoid, typically do not need to be replaced and have plenty of life remaining. They only “stopped” working, in most cases, because some other component gave out and caused the injector to stop delivering fuel at its premium and required level.

Replacing with new parts: A remanufactured component fulfills the same function as the new original component. When all the parts are qualified, replaced and readjusted, they are submitted to the final test to ensure that they function like a new component. Nozzles are placed through an intrusion honing process, pop-tested and flow metered, for accurate fuel flow and delivery. Solenoids are cleaned and tested carefully, making sure they receive the exact amount of electricity for pulsation.

Reassembling: After having every core go through the remanufacturing process, the remanufacturer then reassembles all the components. Some components are also put through heat treatment and black-oxide for longer service life. When it comes to injectors, by this time, the components have all been inspected and qualified to be performing per the specifications set forth.

Testing; A remanufacturer then tests every single component on various and specialized test benches. If an injector we remanufacture does not meet the flow test, delivery performance and calibration valuations, it is disassembled so we can find and correct the faulty component.  After an injector passes the test, the test results for that injector are saved for the duration of the warranty. 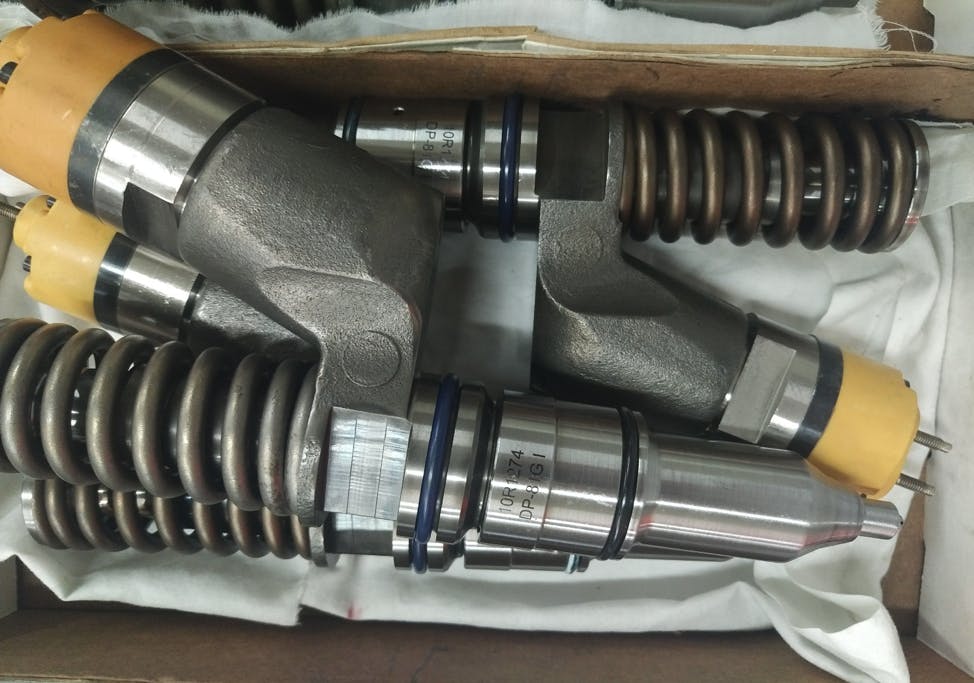 Remanufactured injectors with Diesel Parts of America markings evident on the component.

Marking: Remanufactured parts all obtain a marking or engraving of the part number and an internal remanufacturing code, for future reference.

While every company’s warranty is different, most remanufactured components should come with an aftermarket warranty guaranteeing their performance over an extended period.

And because remanufactured components are less than the price of a new component, a distinct pricing advantage exists without giving up quality or warranty coverage. When it comes to injectors, a reduction in the running cost of operating the diesel engine can lead to higher margins or more profitability.

But what about future core returns?

For many, the core return is a scary and difficult proposition. There has always been a stigma with core return. However; this fear is unfounded. Remanufacturers have cores sent from all over the world and from very far places such as Australia, Chile, India and South Africa. Because cores have value and can be remanufactured and sold again and again, they maintain a high residual value. When a customer realizes the value of the cores they have, even when considering shipping costs, customers soon realize it is well worth sending in a core to be remanufactured. ?

Why and how remanufacturing is growing

The U.S. is one of the world’s largest producers, consumers and exporters of remanufactured goods in almost every industry. Companies who refuse to accept this or have their heads stuck in the sand are doing a disservice to their customers by ignoring this growing remanufacturing industry. This extends to cylinder heads, turbos, fuel pumps, alternators, starters and many other engine and truck components.

Remanufacturing is created to overcome resource limitations and scarcity and is good for the environment as less products end up in landfills. Lucas Electric was one of the first to begin the remanufacturing process in 1940s, which was a direct result of demand created by World War II. These days, many large manufacturers design and build their products with the expectation that the products will be remanufactured, so the material used can be reused within normal production process. This is also known as circular economy, which adds to the value of products made. This in turn secures a sustainable economy and the growing potential is the fruits of such labor.

All of us are taught that the product cycle consists of: manufacturing; marketing; peak; maturity and Volume decline. Remanufacturing now interjects itself as a new concept between peak and maturity.

What is next for the diesel injector industry?

Remanufacturers believe there will be large growth in trim-coded injectors for optimum fuel delivery and fuel economy. Many Caterpillar injectors now require a trim-code etched on the injectors. This enables the injectors to have a more even-fuel-delivery within an engine, resulting in better fuel consumption. While they have the capability to do this, the end user must have the necessary tools, software, and diagnostic system to use the trim-coded injectors. At this time, this is on a customer required basis.

Ara Mansourian is president at Diesel Parts of America. He can be reached at ara@dpausa.com. 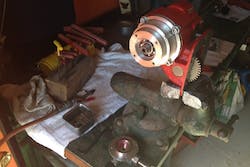 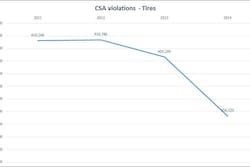