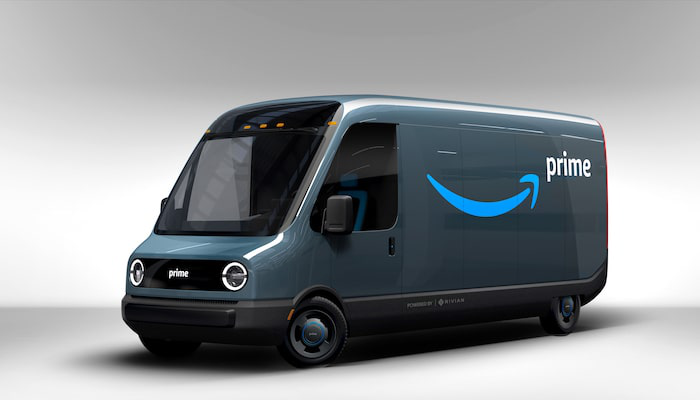 Amazon reported second-quarter revenue of more than $88 billion during its earnings call last week, a 40 percent increase over the same period last year. The company’s net income also grew to $5.2 billion, with sales up 43 percent in North America and 38 percent internationally during the second quarter.

Growing revenues for one of the world’s largest companies isn’t surprising — even during a global health crisis — but what was unique about Amazon’s most recent quarterly earnings report was how the company grew.

For many years Amazon has relied on its profit-rich Amazon Web Services and advertising operations to support its ubiquitous e-commerce operation. But with coronavirus ravaging the globe and decimating brick-and-mortar retailers, in the second quarter Amazon’s online business started to catch up to its more profitable corporate counterparts.

Amazon announced last September it intends to purchase 100,000 vans from startup Rivian, and while Rivian has been in the news for other reasons in recent weeks, the electric vehicle maker hasn’t given any reason to think Amazon won’t be getting its first deliveries on time next year with the goal of all 100,000 vans hitting our neighborhoods by 2030.

But Amazon isn’t the only retail giant that’s seeing an uptick in online sales.

A May report indicated Walmart online sales were up 74 percent since the onset of the COVID-19 pandemic. Target e-commerce sales had doubled early in the second quarter, it was reported in April, while home improvement stores such as Home Depot and Lowe’s also have noted substantial online gains in recent months as coronavirus continues to slow the nation’s reopening.

Brick-and-mortar retail will (hopefully) never die, but it doesn’t have a chance to beat back its e-commerce challenger anymore either. As the channels learn to co-exist and customers better develop preferences post-COVID for what they want to shop for in person and what they want to shop for online, trucking will be expected to evolve its business to satisfy both segments.

As I wrote last week, to some degree that’s already happened. Average length of haul continues to fall while medium-duty truck sales have grown at a great rate (and steady pace) for nearly a decade. But while last week’s piece illuminated carriers’ growing acceptance and reliance on more medium-duty and smaller-than-sleeper heavy-duty trucks to move freight, it didn’t touch much on delivery vans.

I focused on the fleet market in that piece because for most dealers that’s your largest customer segment. Those are the relationships you’ve had for decades and work tirelessly to nurture. Until the last decade or so, last-mile delivery was always a segment of the trucking industry but it was essentially housed within three operations (UPS, FedEx and the U.S. Postal Service). Dealers who had contracts with those delivery fleets I’m sure treated them equal to their long-haul carrier counterparts, but for the rest of us they were specialty markets that existed on the side of the trucking industry.

More and more nationwide carriers are considering or have already invested in last-mile delivery, and businesses like Amazon and last-mile’s established Big Three are pouring billions of dollars into expanding their fleets to meet the needs of American consumers.

A recent report by Brandessence Research indicated the last-mile delivery market was valued at $32 billion in 2018 and is expected to reach $65 billion in value by 2025 with a compounded annual growth rate (CAGR) of 10.2 percent over that forecast period.

There’s no way that’s possible without a huge influx of delivery vehicles.

Who are going to sell them?

I know a lot of established heavy-duty truck dealers who don’t sell any trucks below Class 6 or have only a single medium-duty line to support localized freight in their marketplace. Very few are heavily invested in the medium-duty space, and even fewer are prioritizing the box trucks, cabovers and commercial vans necessary to deliver retail goods. I absolutely understand why this focus has occurred, but if I was running a dealer operation (especially in an urban area) I would be considering expanding my reach in the years to come.

Automotive News reported last winter that Sprinter, ProMaster and Transit vans all experienced sales upticks during 2019. That might not end up being the case this year due to COVID, but demand for delivery equipment definitely hasn’t subsided. NTEA – The Association for the Work Truck Industry, reports an average of nearly 445,000 Class 2-8 commercial truck chassis were sold in 2018 and 2019. Conversely, the commercial van market alone was more than 300,000 units over the same period, says Steve Latin-Kasper, NTEA director of market data and research.

And van manufacturers are evolving their products so vans can be used on routes that previously might have required a larger truck.

“Companies in the work truck industry are aware of their importance to delivery fleets as partners in supplying innovative and efficient vehicles. In the last few years, new types of equipment have been designed specifically to match the mission and operational profile of the fleet,” says Latin-Kasper.

All of this is to say, the van market, maybe more than any other segment in commercial transportation, is most likely to maintain its growth rate in the years to come. Hopefully that growth won’t come at the expense of medium- and heavy-duty sales. But if it does, now might be a good time to make sure your business doesn’t lose any business if equipment purchasing changes shift.

Our businesses aren’t like Amazon. We can’t carry an occasionally unprofitable monolith for years, waiting for business to pick up. 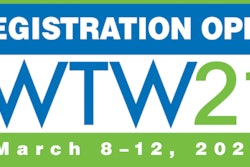 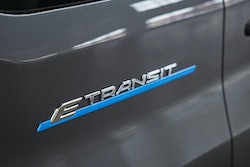 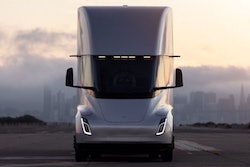 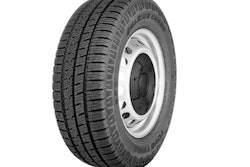