Earlier this month we published a review of NTEA’s annual Fleet Purchasing Outlook survey. The annual report polls fleets from all corners of the transportation sector each January to gauge fleet sentiment and purchasing plans for the year ahead.

Fleet sentiment in this year’s survey was expectedly muted as the industry remains somewhat hindered by the uncertainty of COVID-19. Though most fleets do plan to purchase some new equipment this year, only a minority have larger purchasing plans than they did a year ago.

Fleets in different industries also have different expectations for the year ahead. As you might expect, delivery/cartage fleets are most bullish about their business for 2021 — and have the most robust purchasing plans — while fleets in the other segments, such as construction, reported they are more likely to downsize than expand in the next year.

All of that is covered in greater detail in NTEA’s report and our corresponding article, though one segment of the former we did not directly address in the latter was fleet sentiment regarding diesel vs. alternative power.

One reason for that was overall fleet sentiment toward alternative fuels didn’t change much year over year. Seven in 10 responders to NTEA’s January survey said they had no intention to alter their usage of diesel-powered trucks this year. That was a higher number than 2020. Slightly more than 20 percent said they would decrease their diesel usage, but that total was nearly identical to 2020’s survey results — and lower than the number of fleets who said they planned to downsize their diesel usage in 2017 through 2019.

There was also the matter of the underlying data. While NTEA’s survey results revealed a status quo for alt-fuel sales in 2021, that doesn’t mean the trucking industry has abandoned its interest in non-diesel fuels and powertrains. Fleets that have adopted alternative fuel programs within their operations remain committed to them. And just because fleets aren’t investing in alternative power in 2021 doesn’t mean they won’t change their tune in the years ahead.

NTEA’s January survey discovered one third of fleets are interested in electric hybrid trucks and would consider investing in the technology in the future. That number was double what survey responders had said in 2020. Biodiesel — already the most widely accepted alternative fuel among NTEA survey responders — also saw its potential future adoption rate nearly double in 2021, as did compressed natural gas, extended range electric and full-electric traction drive, albeit at smaller year-over-year rates.

That data tracks with statements made by the industry’s truck makers.

“We see significant interest right now, even if not everyone is ready to jump in quite yet,” adds Alex Voets, eMobility product marketing and sales strategy manager, Daimler Trucks North America. “Similar to the passenger car industry, we expect adoption will start slow but then pick up as acceptance increases.”

But despite stable interest from the fleet community and heavy investment from OEMs, the truck market has yet to anoint a single alternative fuel or power option as the eventual successor to diesel. That’s probably fine for now.

Engine and aftertreatment technology advancements have reduced truck emissions to microscopic levels. Today’s new diesel trucks are not pumping black smoke like the big rigs of the past.

Zero-emission vehicles might become America’s eventual reality — particularly on the West Coast — but until any concrete national mandates are developed most fleets appear unlikely to overinvest in a single alternative power or fuel.

What does that mean for truck dealers and the aftermarket?

Well, it’s good news and bad. The good news is your business isn’t approaching any major overhaul anytime soon. Diesel-powered trucks aren’t going anywhere this decade, and maybe not next decade either. But if you’re in this for the long haul (pardon the pun), you should at least be aware that one day a consensus will be reached.

Trucking runs on diesel today, but it likely won’t run on diesel forever. Not exclusively. At some point these spec’ing trends will shift. And you’ll need to shift with them.

Bill Grabarek contributed to this article. 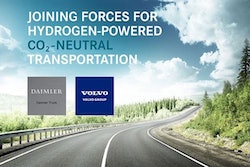 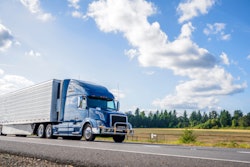 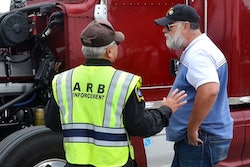 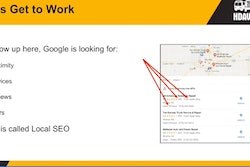 The time is now to work on your online presence