In my last column, I reviewed some modeling our team did on the impact to the parts aftermarket of converting a large number of vehicles to autonomous vehicles. This column, while still focused on autonomous vehicles, will be from a different perspective.

Last year, I was fortunate to get a new car — after I was able to find a manufacturer who could actually deliver one. I purchased an SUV, which, for the most part, has been very nice upgrade from my last car.

My last car, also an SUV, was manufactured in 2013. It was equipped with cruise control and supposedly voice recognition software to control systems (which never worked in my opinion), that was the extent of “advanced technology.”

My new car has a number of ADAS (advanced driver assistance systems), the precursors for fully autonomous vehicles. It has taken me awhile to learn how to use them, and by in large they are nice enhancements, especially for city driving, but they can also be very scary!

My new car will monitor and maintain a set distance behind the vehicle in front of me, it will keep me in my lane, even I have taken my hands of steering wheel, and it will speed up and slow down as traffic pace changes. Being able to not ride the brake pedal as I travel in and out of Chicago is a big plus. I would have loved to have had that feature when I worked in Los Angeles and traveled every day in bumper-to-bumper traffic for an hour or more in and out of the city.

What I have also learned is you have to stay alert. While the systems are smart, they are not human, which can be good, but sometimes also bad.  The herky-jerky way my car will speed up when traffic opens is a little disconcerting at times as are the aggressive slowdowns in situations that do not appear to need to be that aggressive.  Several times my wife will look at me and say “What are you doing?” and I will tell her, “It’s not me, it’s the car!” Not so sure she believes me.

I did have one automatic hard braking incident when I initially got the car that scared the you know what out of me. I hit the brakes so hard my foot hurt for a couple weeks. I also had to have a sensor repaired after that.

I also have noticed the car doesn’t always know where it is, such as when construction zones come with lane patterns or when I am in slow traffic on a highway, and I turn off highway to clover leaf exit and my car speeds up because it sees no traffic and thinks I am still on highway. While somewhat fun taking a hard turn that has speed limit of 25 mph at 50 mph — it’s also scary!

There are obviously very smart engineers behind this technology, and I would assume it will only get better over time, but while I am driving a car I keep wondering if these same issues occur in trucks? It is one thing for me take a turn a little fast or have a hard stop — it’s of greater magnitude if a Class 8 tractor with maxed out (GVWR wise) trailer load takes a turn too fast, especially if the driver is expecting the truck to react correctly or if the driver doesn’t intercede in time. What if there is no driver?

I think autonomous trucks are coming and the positives will outweigh the negatives, but now that I have this new car it has made me give more thought to this technology. 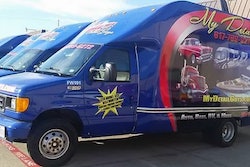 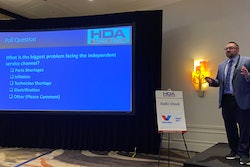 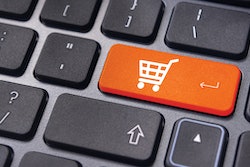 How distributors can leverage e-catalogs for aftermarket success 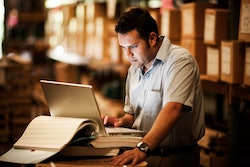 Distributors can’t wait any longer to get into e-commerce