Meeting the 2018 Distributor of the Year finalists: Wofford Truck Parts

Good quarters keep stacking up at Wofford Truck Parts. The West Texas distributor with the humble beginnings — one man selling truck parts across the border into the Mexican aftermarket — has evolved into an impressive three-facility operation serving customers across a 300-mile diameter stretch from south central New Mexico to the heart of Texas oil country.

On the cusp of one of its best years ever, Owner and President Paul Wofford remains amazed by how rapidly the business has grown and that for the second year in a row it has been nominated as a finalist for the Truck Parts & Service Distributor of the Year Award.

“We are very happy to be nominated again. Last year was an honor and this year it is twice as sweet,” he says.

The Wofford Truck Parts success story is rooted in consistency and customer service. The company has grown substantially over the last decade, adding satellite locations in recent years and a new headquarters facility this year. However, Wofford says the company’s 1984 decision to prioritize quality products and on-time delivery remains key in the operation today.

Wofford Truck Parts doesn’t stock everything, but it doesn’t shy away from new inventory, either. The company actively tracks lost sales opportunities and regularly asks its customers about lines they believe the distributor should support.

Wofford says his sales team is trained to be inquisitive and receptive to customer product requests. “Customers will come to you and tell you what they want; we think it’s a good idea to listen to them,” he says.

In cases where more than 10 percent of customers support a single product or line, the company will stock it on a trial basis. If customers continue to support the line through purchases, it becomes part of Wofford’s regular inventory.

Wofford Truck Parts also builds its inventory around variety. The company carries premium aftermarket brands and supplements those lines with all-makes products — either from those same premium suppliers or other manufacturers — to ensure customers have a good, better, best option as often as possible.

Wofford says that wide product offering is particularly valuable in a market where many customers operate multiple truck brands. “Most of our competition is from the OEM channel,” Wofford says. “But we’ve found most of our customers don’t only have [one brand], they might have two or three of them. We are in a position where we can sell parts for all of those brands.”

He adds, “Customers like to have one place to go.”

When they come to the area, Wofford says he always requests they “bring a lesson with [them] to meet with our sales force.” 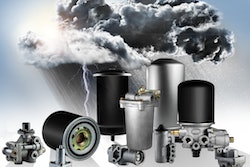 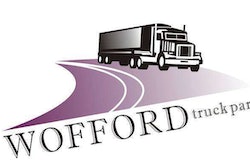