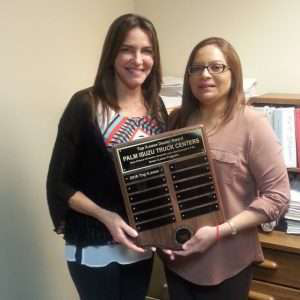 Palm Isuzu Truck Centers of Fort Pierce, Fla., has been named the Top iLease Dealer of 2016 by Isuzu Finance.

Palm Isuzu Truck Centers says it is honored to receive this award and feels privileged that the hard work of the finance team is awarded.