On Tuesday, the “Everyday Heroes” Kenworth T680 for Truckers Against Trafficking was auctioned off at a Ritchie Bros. auction in Phoenix.

The winning bid was submitted by Mike Jimenez, owner of Phoenix-based J&L Transportation, which resulted in $89,000 netted in support of Truckers Against Trafficking – a 501(c)3 non-profit devoted to stopping human trafficking by educating, mobilizing, and empowering the nation’s truck drivers and rest stop employees.

“This culminated an eight-month project that had a tremendous finish,” says Don Blake, Inland Kenworth’s new truck sales manager in the Phoenix area, who spearheaded the program. “Our sponsors came together to donate and discount their pricing in order for us to build the Everyday Heroes Kenworth T680. I was on pins and needles as the auction and bidding took place, and was so happy that the truck was going to a local company that demonstrated its commitment to such a worthy cause.”

According to Kendis Paris, TAT’s executive director, the $89,000 donation is the largest one-time gift in the organization’s history.

“We are absolutely thrilled and overwhelmed by the generosity of the industry, and extremely grateful to Mike Jimenez and J&L Transportation for adding the Everyday Heroes Truck to its fleet,” Paris says.

Jimenez, who was traveling at the time, produced the winning bid by proxy.

“Though I have not encountered human trafficking, it does exist in our world,” he says. “It’s been my experience that when our industry gets behind a cause, it is a worthwhile cause. When Don expressed his interest, along with Inland Kenworth and all the other supporters and sponsors intent on doing this project, I knew J&L should be a part of the answer to end such heartbreaking events. I’m confident that TAT will use the proceeds to continue the education efforts and training necessary to end human trafficking in the future. Without their efforts, I would still be blind to this epidemic in our society.”

The Kenworth T680, fully loaded with a 76-in. sleeper, 485-hp Paccar MX-13 engine, and Eaton Fuller Advantage 10-speed automated transmission, joins 35 other trucks in the J&L Transportation fleet. The truck will be placed in J&L’s dedicated fleet and utilized in Arizona, California and Nevada.

“When people hear about the horrific realities of human trafficking, they often make promises to get involved, but not everyone follows through. That is not true of Don Blake, George Cravens (with Utility Trailers), and all of the amazing sponsors of the Everyday Heroes Kenworth T680,” says Paris.

“This money will enable us to continue to expand our work within the trucking industry, and also allow us to further our partnerships with law enforcement, additional modes of transportation, and multiple countries, in the fight against human trafficking. We are extremely grateful to Ritchie Bros. for auctioning off the truck, the amazing sponsors for helping to build it from the ground up, the trucking media for raising awareness about the work of TAT through the entire process of this one-of-a-kind auction, and to Inland Kenworth’s Don Blake who led the charge to the very end.”

“Don and Inland Kenworth did a wonderful and creative program to support TAT,” he says. “It shows how an idea can germinate and how the industry can pull together to support the fight against human trafficking. As an organization, we couldn’t be prouder to provide assistance, and to call Don a model representative of Inland Kenworth and our dealer network.”

According to Paris, human trafficking is an industry estimated to be worth $32 billion in the United States alone, and $150 billion globally. To further its education, TAT has the Freedom Driver’s Project – a mobile exhibit, which educates members of the trucking industry. The project was at Inland Kenworth in Phoenix on June 19, and at Utility Trailers next door, on June 20. Nearly 200 people were trained, TAT says.

At the national level, TAT is hard at work as well, with speaking engagements across the country and hosting coalition “builds.”

“These builds consist of bringing federal, state and local law enforcement together with industry stakeholders for a half-day training in order for them to create a localized response to human trafficking,” says Paris. “We all have to come together and work at ending this problem.” 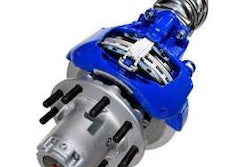 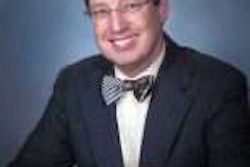 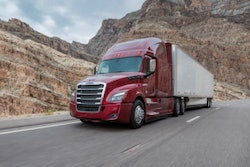 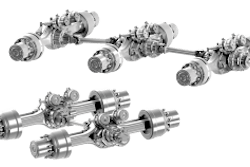