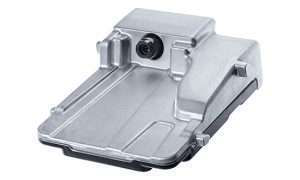 Denso has developed a standard vision sensor that detects pedestrians, cyclists, road signs, driving lanes and other road users at night. Working in conjunction with a millimeter-wave radar sensor, the vision sensor enables vehicles to automatically activate emergency braking when obstacles are identified, helping reduce accidents and improve overall vehicle safety, according to an announcement.

It’s featured in two Toyota models that were released this year.

The sensor illustrates how Denso supports the widespread adoption of safety technologies that will play a critical role in the advancement of future mobility, the company says. It improves night vision by using a unique lens specifically designed for low-light use, and a solid-state imaging device with higher sensitivity, which help the sensor better identify other road users and different-shaped road signs, such as triangular, rectangular and octagonal signs used in Japan, Europe and the United States, Denso says.

An improved white-line detection algorithm and road-edge detection algorithm also broaden the operating range of lane-keeping assistance and lane departure alert functions, all with a 40 percent size reduction from previous models, reducing costs and making installation easier, according to the company.