Talbert Manufacturing is celebrating its 80th year in business in 2018.

Founded by Austin Talbert as a heavy haul, crane rental and construction equipment business in Lyons, Ill., in 1938, Talbert quickly became known as a pioneer in heavy-haul trailer safety with his invention of the industry’s first gooseneck model with removable rear suspension. Since then, the Talbert name has become synonymous with multiple other industry innovations, including removable goosenecks and beam deck units, the company says.

“We’ve been in this business for a long time,” says Andrew Tanner, Talbert Manufacturing president. “But we’ve always stayed true to that same mission Austin Talbert had in 1938 when he set out to change the heavy-haul industry: to design and build safety, quality and durability into every last detail of our trailers.”

Talbert offers a comprehensive approach to trailer design, bringing in representatives from each department during client consultations. The company says his allows the entire organization to understand each customer’s needs and how every part of the design and manufacturing processes will contribute to solving clients’ challenges, including bridge laws as well as overheight and overweight issues.

Talbert offers a wide variety of base model trailers, such as 10- to 30-ton tag-a-longs, hydraulic tails, oilfield, heavy hauls and traveling axles. The company also has built thousands of custom units and prides itself not only on the relationships that it has nurtured along the way, but also on the trailers’ durability and longevity; the company claims 92 percent of the Talbert Trailers built since 1985 are still on the road today. 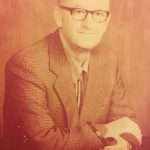 “We have never been a take-it-or-leave-it manufacturer,” Tanner says. “If our customers have a need, we listen and then we fulfill it. It’s how Austin Talbert made Talbert Manufacturing what it is today.”

Talbert designs and builds its trailers at its facility in Rensselaer, Ind., the same facility Austin Talbert purchased in 1957 when he sold his crane rental and heavy-haul divisions to focus solely on trailer manufacturing. This is when Talbert Construction Equipment Company became Talbert Manufacturing. Austin Talbert passed away in 2010 at the age of 97.