Are owner-operators coming back in range?

A strong freight economy and, finally, a crest in maintenance costs, has created a favorable environment for owner-operators to purchase new trucks, Overdrive magazine reported earlier this year in a feature on customer buying habits.

The biggest change in the owner-operator market is how they view emission maintenance costs. Though they’ll never love the additional expenses that come from EPA compliance (and who can blame them), owner-operators are no longer as frightened of these technologies. With dealers and fleets continuing to claim emission costs have dropped on a monthly and yearly basis, many owner-operators acknowledge that it may be time for them to drop their grudge and consider buying a new or nearly new truck.

And on that topic, Overdrive says newer might be better. Model year 2014 and later vehicles in particular are proving to be “lower cost than their 2007-13 emissions-spec counterparts.”

While that fact isn’t news to dealers, it is to owner-operators, and that is a big deal.

These are customers who have aggressively avoided 2007 or later vehicles because they were fearful of the maintenance required to keep those trucks on the road. These customers helped spur the glider kit market and have been instrumental in pushing the national vehicle population average age north — current industry reports peg the average commercial truck at 13 years old.

These are not vehicle buyers who, on the whole, were keenly interested in the new or used trucks you’ve been selling.

Overdrive says that’s no longer the case. According to a February 2018 reader poll, more than a quarter (26 percent) of owner-operators say their most recent truck purchase was a brand-new tractor. Another seven percent bought a truck that was less than three years old, and 16 percent purchased a truck between three and five years of age.

That’s almost half the market. Overdrive says the new truck total is 13 percent higher (from 23 to 26 percent) than the same poll in 2015.

“There is a small but significant set of fleets that were primarily used buyers in the past are now beginning to buy new. They represent an opportunity to swing about 6 percent of the market,” says Prescott Shibles, senior vice president, Data at Randall Reilly, publisher of Successful Dealer.

This new equipment purchasing trend isn’t limited to trucking, either. Shibles says a 2017 Randall Reilly survey of first-time excavator buyers showed more than a third of those purchasers had purchased a used excavator before. Equipment buyers are hungry to take advantage of the performance advantages found in today’s newest models.

For truck dealers who can sell that information with the lower cost per mile data — owner-operator business services firm ATBS says Post-2014 units are about 10 cents per mile; 2006 engines were 12 cents — and today’s favorable lending climate, there’s reason to believe a section of the market you’ve struggled to reach is finally coming into range. 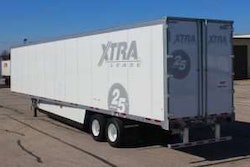 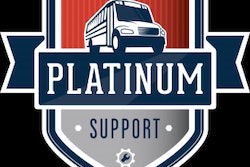 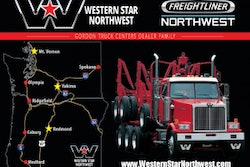 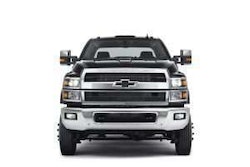