According to preliminary numbers from FTR, July orders for Class 8 trucks set a new monthly record, landing at 52,250 and pushing orders from the prior 12 months to a whopping 445,000 as fleets hustle to find breathing room amid the industry’s record-tight capacity.

However, the upswell in orders is unlikely to affect industry capacity any time soon, says FTR’s Don Ake, vice president of commercial vehicles, due to two chief factors. One, most of the orders placed are replacement demand, says Ake. Two, there’s usually a five- to 12-month lag between orders being placed and truck’s being put into service by a fleet, meaning orders placed last month won’t have any affect on fleets’ capacity until December, at the earliest.

Ake spoke in one of FTR’s regular State of Freight webinars on Thursday.

U.S. manufacturing constraints, due to the hot economy, “is causing problems in the Class 8 production market,” says Ake, causing volatility in build rates and uncertainty as to when manufacturers will be able to catch up to the record run of truck orders. OEMs have struggled to attain necessary components to ramp up production to keep up with order numbers, says Ake.

The current cycle is also abnormal relative to seasonal trends. Most years, order cycles trend upward in October and then again the next spring. July is usually the weakest month of the year, says Ake.

Ake also noted the industry’s persistent labor shortage. Just because a fleet takes hold of a truck doesn’t mean it will have a driver ready to operate it, he says. However, FTR says the driver shortage may be at its peak currently. “We’re saying that the driver shortage on this cycle is just about as bad as it’s going to get,” he says, adding that there will be “moderate to slow” improvement in the coming quarters.

Mitigating factors on the horizon for the transportation market and its corresponding equipment sector include constraints of suppliers, the unknown impact of tariffs coming out of the White House, rising interest rates and the now-long-in-the-tooth economic recovery. “2020 is a pivotal year,” says Ake. “With all the things we see right now with the economy and freight and [truck orders], the equipment markets are tremendously strong right now and indicate that whatever demand is not fulfilled in 2018 is going to roll right over into 2019. That means 2019 should start strong and stay strong.” 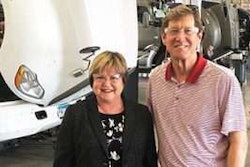 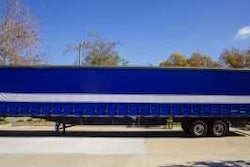 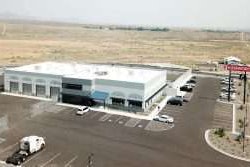