A lawsuit brought by a truck dealer group, who hoped to see diesel particulate filters exempted from the 12 percent federal excise tax on equipment purchases, has been dismissed. Thompson Truck and Trailer, who operates six International dealerships in Iowa and Illinois, also sought a refund from the IRS for more than $387,000 — the sum it says it paid in excise taxes for DPF filters from April 2011 to September 2011.

The company filed its suit in January, after the IRS denied its request for a refund in 2014. Thompson says DPF filters cost about $8,000 each, amounting to $960 in taxes on each truck sale.

The Eighth Circuit Court of Appeals on Aug. 23 tossed the suit, saying federal tax law is explicit in its requirement that parts and accessories of heavy-duty trucks are subject to the excise tax when the vehicle is sold.

Thompson argued in its suit that the term “parts and accessories” was ambiguous in its application to DPFs. The court disagreed. “We conclude that when the phrase ‘parts or accessories’ is given its ordinary or natural meaning, the statute is not ambiguous and the filters fall within its scope,” the judges wrote in their Aug. 23 opinion.

DPFs are filters in truck exhaust systems designed to catch and hold particulate matter so it’s not released into the air. Truck and engine makers began using DPFs about a decade ago as a means to comply with federal emissions regulations. 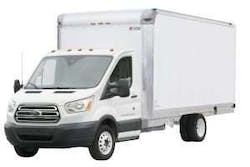 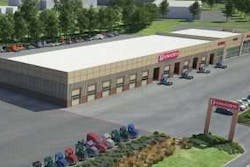