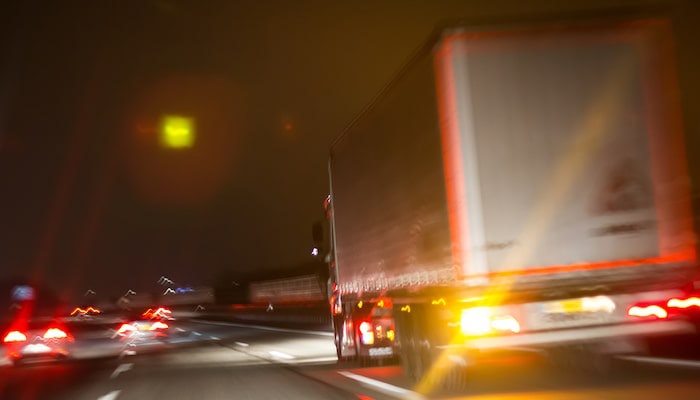 It didn’t take long for the Fleet Talk session at last month’s ATA Technology & Maintenance Council (TMC) Annual Meeting in Atlanta to evolve into an industry critique of truck dealers. The shift in direction wasn’t planned, but it wasn’t stunning either.

Due to purchasing procedures and warranty requirements, fleets today are increasingly reliant on their dealer partners to keep their trucks on the road. While that level of dependence can develop into strong partnerships when dealers hold up their end of the bargain, it also can lead to frustration, anger and contempt from fleets when they believe dealers are letting them down.

That was the mood at Fleet Talk, as dozens of fleet representatives from across North America stood up to complain about how their dealer partners are failing. Though the discussion wasn’t open to the public, Trucks, Parts, Service was fortunate to be in the room to report on what was said and how the fleet community believes its dealer partners could evolve to help their businesses.

The price is too high

Nearly a universal complaint from the fleets at TMC was the ever-growing cost of dealer service work. And these complaints weren’t directed solely at labor rates; service fees for diagnostics, tooling, waste removal and related parts costs are wearing heavily on North American fleet customers.

One fleet representative said his company’s most recent trip to a dealer service shop led to a laundry list of fees that exceeded the cost of the labor required during the service event. Another fleet complained that its dealer partner used to package some fees within its labor rate but has now started tacking them on to bills independently — similar to hotel chains. The fleet representative was angry because he said his drivers will be quoted a price for service based on expected labor only to be billed substantially more when the fees are added post-repair.

“We’re a small fleet; we’re reliant on our dealers,” he said. “It’s tough to be hit with fee after fee after fee.”

“I’m finding all too often [dealers] have no better techs than we do,” said another fleet representative. This fleet professional said his company invests heavily in technician training and attempts to complete as much in-house maintenance as possible. The tactic has reduced the company’s overall maintenance costs and downtime, which he said only further frustrates the carrier when it is forced to turn to a dealer for warranty repairs and complicated engine or aftertreatment work. “I spend most of my week babysitting the local dealerships to make sure our repairs are done right,” he said.

Another fleet professional agreed, adding, “In the light-duty market competition is the customer’s biggest edge. In the truck market we can’t do that. We can’t go down the street; we’re trapped with the dealers we have.”

Fleets at TMC also complained that dealers aren’t sharing the technical knowledge they do have with their customers. One fleet representative said carriers loyal to the same brands need to do a better job communicating and sharing best practices with each other because their dealer partners aren’t doing so.

There’s no end in sight

Arguably the biggest point of contention among fleets at TMC with their dealer partners was communication, or a lack thereof, when a truck is dropped off at a dealer location. Several fleet representatives used Fleet Talk to complain about dealers who had failed to be honest with them or outright lied about the likely timeline for repairs.

One fleet maintenance professional said he has a fairly strong relationship with his local dealer and trusts that location to provide him honest updates but has little to no faith in other dealers used during breakdowns. “If I pull into a dealership where some large fleet sends hundreds of trucks each year, that dealer is going to ignore me,” he said.

Another fleet professional said he’s accepting of long repair times when outsourcing because the repairs he requires are quite advanced. He said he doesn’t expect two-day turnarounds but would appreciate it if dealers were more forthcoming about expected timelines so he would know when his trucks can be absorbed back into the fleet’s rotation.

Fleets also complained about dealers that mismanage their parts inventory and leave their customers hung out to dry. One fleet said his local dealer continues to fail to increase stock of common aftertreatment sensors and refuses to source the components from anywhere other than its OEM even when they are available. The fleet representative said the dealer told him accepting a component from an outside source would void the customer’s warranty. But the fleet also said the extra time it was forced to wait for the component ended up costing the company far more money in lost revenue than the repair did.

“I can bring in the direct aftermarket replacement and tell them to put that in the truck and they won’t. The computer tells them they have to replace like-for-like,” said the fleet manager. “But why can’t they put in the aftermarket part today so I can go, and then deal with the warranty claim later?”

This is Part I of a two-part feature from Trucks, Parts, Service regarding last month’s TMC Fleet Talk event. To read Part II, please CLICK HERE. 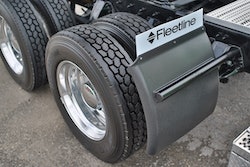 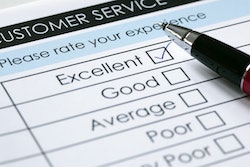 How to leverage customer feedback to improve customer service