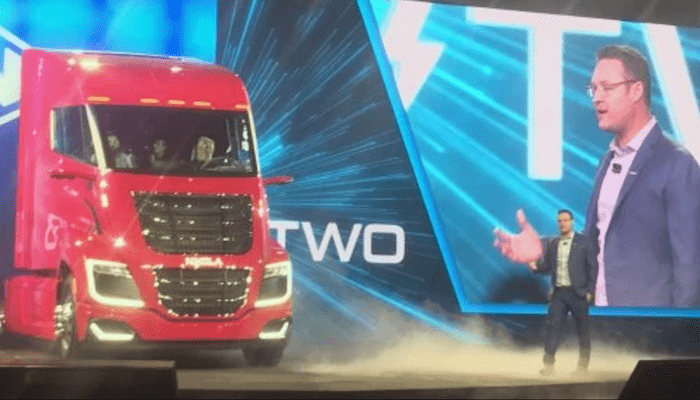 Nikola Executive Chairman Trevor Milton, seen here in 2016, announced his decision to step down from the company he founded Monday.

Nikola Motor Company founder Trevor Milton announced early Monday he would step down as executive chairman of his Phoenix-based hydrogen-electric upstart amid a firestorm of criticism sparked by a skeptical stock short-seller and subsequent inquiry from the Securities and Exchange Commission.

“The focus should be on the company and its world changing mission,” he said, “not me.”

Milton, in announcing his intent to depart his leadership role via personal statement Monday, said he would continue “to defend myself against false accusations leveled against me by outside detractors.”

Earlier this month, short-seller Hindenburg Research released a report calling Nikola an “intricate fraud built on dozens of lies over the course of its founder and executive chairman Trevor Milton,” and claimed to have evidence, including recorded phone calls, text messages, emails and more detailing alleged false statements by Milton.

Milton personally derided the accusations and the company noted the opportunistic timing of its publication “shortly after announcement of Nikola’s partnership with General Motors (GM), and the resulting positive share price reaction, was designed to provide a false impression to investors and to negatively manipulate the market in order to financially benefit short sellers, including Hindenburg itself.”

The month of September has been quite a ride for Nikola and its founder.

Just two weeks ago the company announced a strategic partnership with GM, which included an ownership stake for the Detroit-based automotive giant in exchange for Nikola’s use of GM-developed battery system and fuel cell technologies. Nikola also tasked GM with production of its forthcoming Badger pickup.

Two days later Hindenburg Research released its report, Nikola: How to Parlay An Ocean of Lies Into a Partnership With the Largest Auto OEM in America, which accused Milton of turning “false statements made over the course of a decade into a ~$20 billion public company,” and signing deals with some of the top auto companies in the world, “all desperate to catch up to Tesla and to harness the EV wave.”

General Motors is the latest investor – and the most notable North American one – to take shares in Nikola, joining a list that includes the likes of Bosch and Iveco parent company CNH Industrial.

Chiefly, allegations in the report include that despite Milton’s claims of Nikola having cutting edge battery technology, the tech never actually existed and was set to be the fruit of a deal with ZapGo that fell through after Nikola realized the technology was “vaporware” and the president of the company was indicted over allegations that he conned NASA. Other allegations include a video released purportedly to show the Nikola One tractor driving under its own power was actually the truck simply rolling down a low grade incline after having been towed to the top. Lastly, despite Milton’s persistent claims that the company has cut the production cost of hydrogen by 80%-plus, Nikola “has not produced hydrogen at this price or at any price as he later admitted when pressed by media,” the report alleged.

Last week, Nikola released a formal response to the Hindenburg “hit job,” as Milton dubbed it, calling it a “false and defamatory report.”

In the company’s response, addressing specifically the three instances above, Nikola said the potential battery technology advancements are related to an ongoing confidential research and development partnership with an academic institution, not ZapGo; that the company never described the truck moving in its video as “under its own propulsion” or “powertrain driven”; and that “Nikola continues to believe that its planned hydrogen station network, and the production and distribution of hydrogen, will provide key competitive advantages that drive sustained profitability and shareholder value over the long term.”

In all, Hindenburg Research levied 53 questions about the company, its practices and capabilities. Nikola, in its official response, addressed 10.

“I’m proud that what started out in my basement with just a couple employees became a headquarters filled with over 400 diverse families,” Milton said Monday in announcing his departure.

Stephen Girsky, managing partner of VectoIQ, LLC and former Vice Chairman of General Motors and a member of Nikola’s Board, has been appointed to fill Milton’s role as Chairman of the Board, effective immediately. 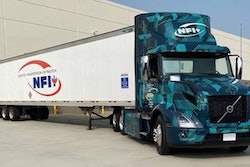