The U.S. Department of Justice, Environmental Protection Agency (EPA), and California Air Resources Board (CARB) this week signed off on a proposed settlement with German automaker Daimler AG and its American subsidiary Mercedes-Benz USA, LLC, resolving alleged violations of the Clean Air Act and California law associated with emissions cheating.

Under the settlement, lodged with the U.S. District Court for the District of Columbia, Daimler will recall and repair the emissions systems in Mercedes-Benz diesel vehicles sold in the United States between 2009 and 2016 and pay $875 million in civil penalties and roughly $70.3 million in other penalties. The company will also extend the warranty period for certain parts in the repaired vehicles, perform projects to mitigate excess ozone-creating nitrogen oxides (NOx) emitted from the vehicles, and implement new internal audit procedures designed to prevent future emissions cheating.

The recall program and federal mitigation project are expected to cost the company about $436 million. The company will pay another $110 million to fund mitigation projects in California. Taken together, the settlement is valued at about $1.5 billion.

The settlement addresses allegations made in separate civil complaints filed by the United States and CARB in Washington, D.C., that from 2009 to 2016, Daimler manufactured, imported and sold more than 250,000 diesel Sprinter vans and passenger cars with undisclosed AECDs and defeat devices programmed into the with BlueTEC II emission control system software. These devices cause the vehicles to produce compliant results during emissions testing, but when not running a test, the vehicles’ emissions controls perform differently – and less effectively – resulting in an increase in NOx emissions above compliant levels.

The settlement requires Daimler to implement a recall and repair program to remove all defeat devices from the affected vehicles at no cost to consumers and bring the vehicles into compliance with applicable emissions standards under the Clean Air Act. The repair will consist of a software update and replacement of select hardware, which differs across models and model years.

Daimler must repair at least 85 percent of the affected passenger cars within two years and at least 85 percent of the affected vans within three years. The company must also offer an extended warranty covering all updated software and hardware, and it must test repaired vehicles each year for the next five years to ensure the vehicles continue to meet emissions standards over time. Daimler will face stiff penalties if any category of updated vehicles fails to meet applicable emissions standards or if it fails to meet the 85 percent recall rate for passenger cars or vans.

The settlement further requires Daimler to implement systemic corporate reforms to detect and try to eliminate violations in the future. This includes conducting significant testing on new diesel and gasoline motor vehicles using a portable emissions measurement system to assess compliance under real-world conditions, installing a robust whistleblower program, enhancing annual AECD and defeat device training for its employees, and performing internal audits subject to review and critique by an external compliance consultant. 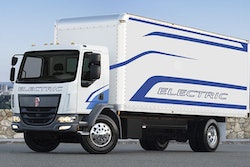 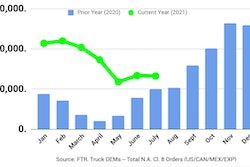