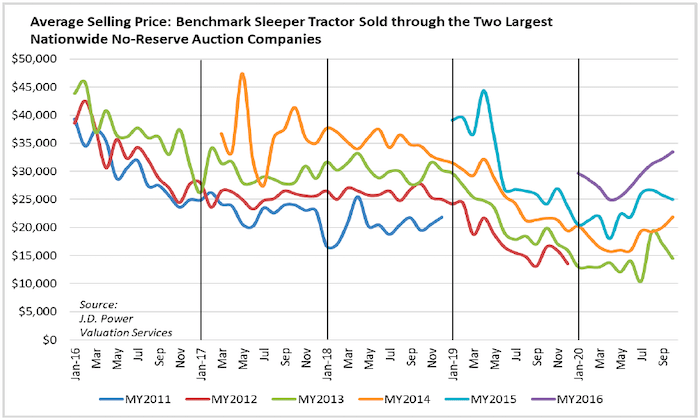 In the auction space, a small sample of high-mileage 2017 trucks caused J.D. Power’s overall benchmark model to trend down, though the company states the shift was “not necessarily representative of actual conditions.”

Prices were much more stable in other segments, J.D. Power says average auction prices were as follows:

Overall, J.D. Power says its benchmark group of 4- to 6 year-old trucks brought 13.3 percent less money compared to September. The company says through the first ten months of the year, pricing is 9.9 percent lower than 2019 — though it has trended upward year over year during the second half of 2020.

“Thanks to this year’s recovery, our benchmark truck now shows an average monthly price gain of 2.8 percent per month in 2020,” the company says.

In the industry’s largest cohort of 2- to 5-year-old trucks, average pricing in October was as follows: 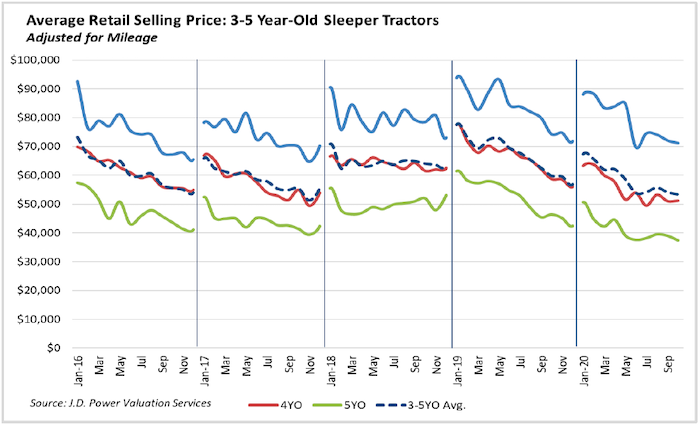 J.D. Power says when compared to September, these trucks brought 1.5 percent less money. In the first 10 months of 2020, the company says retail pricing has averaged 15.1 percent lower than the same period of 2019. But depreciation in 2020 is now averaging 2.4 percent per month, a 0.4 percent improvement from last month, and in the historically-typical range.

“October’s retail averages were held back a bit by a larger volume of lower-spec trucks in the data, particularly for model-year 2016. Certain makes and models may start to see a more notable volume-related impact on pricing if this trend continues,” the company states.

Volume also was down last month, with dealers selling an average of 4.7 trucks per rooftop, nearly a full unit below last month’s average. J.D. Power notes “The fourth quarter is not typically strong for retail traffic, but we were hoping third quarter strength would continue. Still, 4.7 trucks per rooftop is better than any month since last August.”

Looking ahead, J.D. Power says COVID-19 and the Fed are the biggest threats to the used market maintaining its stability through the winter and into next spring.

“As long as the Federal Reserve keeps rates near zero and development of a COVID-19 vaccine continues to progress, Wall Street sees business as usual,” the company says. “Two items of concern are the spiking COVID caseload in many states (which will continue to get worse as winter sets in), and the cessation of the CARES Act, Paycheck Protection Plan, and other stimulus. The net result of these factors could be negative to the employment picture. Keep watching that metric.” 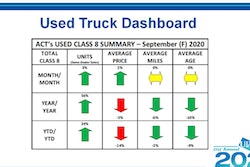 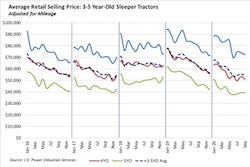 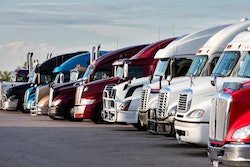