With the exception of maybe a couple of months, Class 8 cancelations have been at non-event levels since the month after the pandemic started, at about a 5.7 percent order cancelation rate since April 2020. However, October and November data tell a new and different story, according to ACT Research’s recent State of the Industry: NA Classes 5-8 Report.

“We believe it is essential to highlight that unlike previous periods of elevated cancelation activity, this massive spike in cancelations was driven not by customers saying, ‘I don’t need that truck’, but rather by the OEMs who have been unable to build and deliver backlogged orders in a timely fashion,” he says. “Because of the everything shortage that has plagued industry production since early in the year, considerable volumes of planned 2021 units have had to be canceled and rebooked as new model year units scheduled to be built in 2022. Again, we reiterate, these are not cancelations driven by flagging new vehicle demand, which remains rock-solid.” 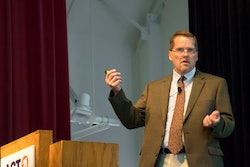 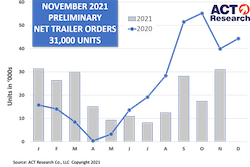 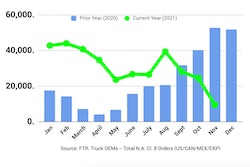 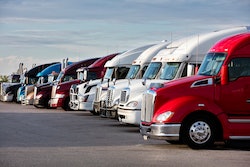